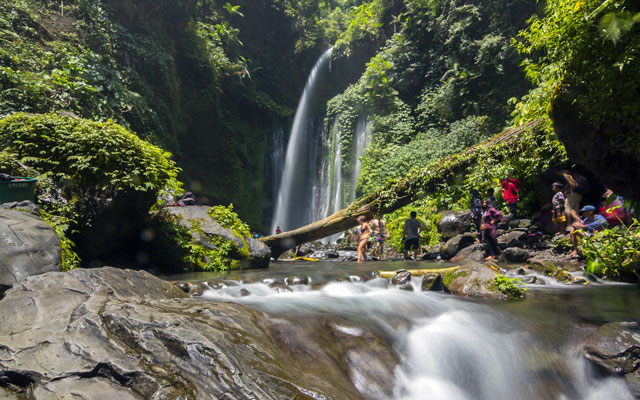 With Lombok hit by yet another earthquake on March 17, tourism stakeholders are stepping up on promotions and disaster mitigation measures.

While the trade associations in West Nusa Tenggara (NTB) reported no cancellation following the earthquake, they expressed regret over the casualties resulting from a quake-triggered landslide.

Dewantoro Umbu Joka, chairman of The Association of the Indonesian Tours and Travel Agencies (ASITA) NTB Chapter, said the body had earlier recommended against visiting the tourist sites where the landslide occurred due to their vulnerability to accidents.

Ricky Setiawanto, director of business development at Panorama Destination, said the Lombok packages the DMC offered were to beaches and islands like Seggigi and the Gilis, therefore he did not have clients around the Senaru area where the landslide took place.

Awan Aswinabawa, the chairman of the NTB chapter of ASTINDO, admitted that the number of tourists coming to NTB had not fully recovered from the devastating earthquake in 2018, but natural disasters were not the only factor hampering growth.

“After last year’s big earthquake in August, some travellers might think that Lombok is unsafe. That makes people reluctant to visit Lombok. Worse is the domestic airfare hike has made the Indonesian travellers more reluctant to come,” he said.

Domestic arrivals to Lombok make up 65 per cent of total visitors to the destination.

ASTINDO has teamed up with hotels to offer packages to boost domestic arrivals to NTB, according to Awan.

Dewantoro is also optimistic with AirAsia’s new Lombok-Perth service, which will take off in June, will speed up Lombok’s post-earthquake tourism recovery.

On the domestic sector, AirAsia also plans to open direct flights from Jakarta and Yogyakarta to Lombok. ASITA is planning to meet with AirAsia this week to discuss the possibility for the airline to offer more discounted airline tickets to attract more people from the two big source markets to fly to Lombok.

Awan, meanwhile, is hopeful that AirAsia Indonesia’s announcement to develop Lombok as its new hub will spur more direct flights from Lombok to other big cities, especially in the eastern area of Indonesia, such as Makassar in South Sulawesi.

He said that earthquakes that hit Lombok did not stop the provincial government from promoting the destination – and not at the expense of tourist safety.

“Disasters can happen anywhere and at any time. The most important thing is that we are ready to face them and provide the best service to tourists,” he said.

Learning that natural disasters are hard to forecast, the NTB government intends to improve risk management and disaster mitigation measures in a bid to minimise the number of causalities, according to Faozal.

“In every tourist destination, we will provide information about early warning system. We will also install signs for evacuation (routes) so that people know what to do when disaster strikes,” he said.