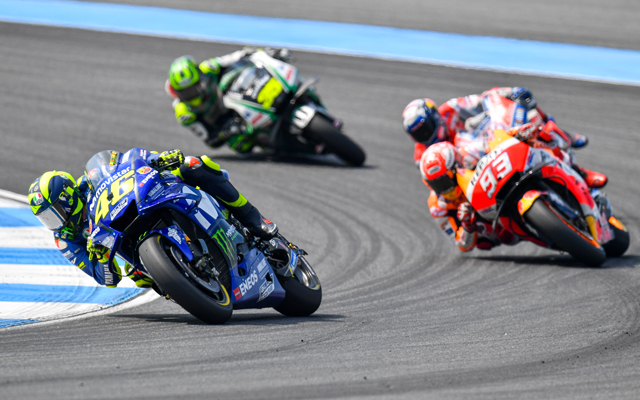 Indonesia’s tourism minister Arief Yahya says Mandalika, Lombok could take advantage of the MotoGP race event in 2021 to position itself as a sports destination.

The minister’s statement followed by news that the Indonesia Tourism Development Corporation (ITDC), the management of the Mandalika integrated resort development, will host the MotoGP race for three years from 2021. The promotor’s agreement was signed with Dorna Sports SL.

Speaking during his visit to Lombok yesterday, Arief said: “With plans to host MotoGP and the development of golf courses in Mandalika, I suggest for Mandalika to position itself as a sports destination.

“Indonesia will host MotoGP race for the first time in 2021 in Mandalika and this will strengthen the position of West Nusa Tenggara as a destination. The race is expected to attract some 100,000 international travellers.”

The race in Mandalika will be a street race concept like the ones in Singapore and Monaco. The planned circuit will be 4.3km long with 18 turns, complete with a paddock with 40 garages and a grand stand of 93,200 seats, plus an area for 7,700 standing spectators.

As part of its support to the organising of MotoGP and its commitment to make Mandalika a sports destination, the Ministry of Tourism will allot a fund of one million euros (US$1.1 million) to help ITDC obtain the hosting licence.

Arief was in Lombok for the ground breaking of the 24-villa Ama-Lurra Resort on Gili Air. The net zero carbon emission concept resort will take an investment of US$2.2 million in two stages.

The tourism minister expressed his appreciation for the West Nusa Tenggara government and tourism stakeholders recovering from the natural disaster that struck the destination of Lombok.