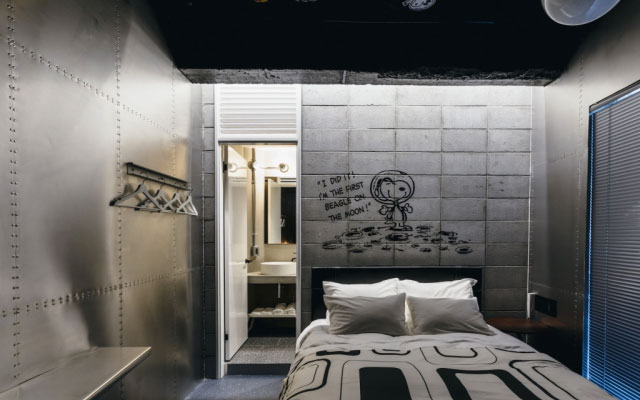 InterContinental Dhaka, Bangladesh
InterContinental Hotels Group has re-entered the Bangladeshi market with its latest opening in the capital. The hotel offers 226 guestrooms including 25 suites, and facilities such as a Club Lounge, temperature-controlled swimming pool overlooking Ramna park, a steam room, sauna and spa. Dining options include an all-day restaurant, speciality restaurant, lobby cafe and pool bar. For meetings, the property offers more than 1,950m2 of space across two ballrooms and seven meeting rooms, all equipped with the latest audiovisual technology. The Peanuts Hotel, Japan
Fans of Snoopy, Charlie Brown and the rest of the gang from Charles Schultz’s comic strip can now stretch out in rooms themed on the characters’ adventures. Located near Sannomiya Station in Kobe, the boutique hotel has 18 uniquely-decorated rooms such as one depicting Snoopy on the moon, and another in Yosemite National Park. Each floor of the hotel also boasts a different concept – the fourth floor is Imagine, fifth floor is Happy, while the sixth floor is Love. DoubleTree by Hilton Huidong Resort, China
The resort, located north-east of Shenzhen, features 309 rooms, including 27 suites, with garden or sea views. Each room is outfitted with floor-to-ceiling windows and a private balcony, as well as a 50-inch HDTV, open-plan bathroom with separate tub and rainshower, plus Crabtree & Evelyn bath products. Aside from the three F&B venues, there is also a 24-hour fitness centre; kids’ club; an outdoor splash pool with water slide; an entertainment zone offering console games, karaoke, mahjong and a play zone with electronic games for kids; and 1,740m2 of indoor meeting space spanning eight function rooms and an outdoor terrace.