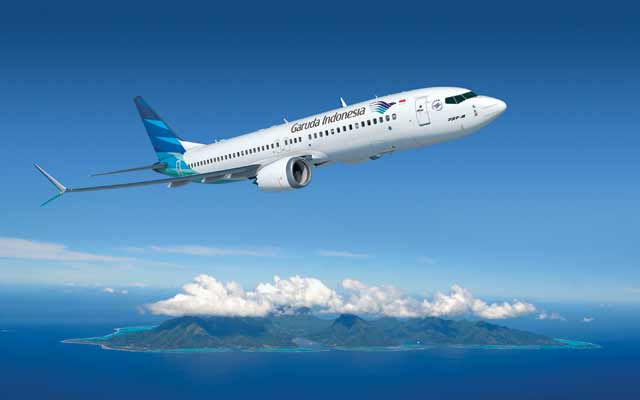 Garuda Indonesia is assuring the public that its Boeing 737 Max 8 is safe to fly, as the deadly Lion Air crash fuels discussion in the aviation industry on safety checks and crisis response.

The airline said it has passed a special audit of the airworthiness of Boeing 737-8 MAX aircrafts carried out by the Indonesian Ministry of Transportation this week in accordance with the Letter issued by the Directorate General of Airworthiness and Aircraft Operation (DKPPU).

The results of DKPPU’s inspection concludes that Garuda Indonesia has carried out routine inspections of its B737 Max 8 maintenance process on schedule, all installed components have not exceeded the age limit and there were no technical issues with the aircraft engine features.

In the case of the Lion Air tragedy, many believe that erroneous readings from the plane’s air sensor and the pilot’s response were significant considerations when looking at how the tragedy could have been avoided.

However, aviation safety expert David Gleave was quoted by The Guardian to have said there were several checks that flight crew could perform that would help identify which airspeed reading was correct. Still, he added that erroneous readings might startle the pilot and lead to a fatal accident.

Meanwhile, Boeing has issued a bulletin to airlines using its 737 Max jet containing instructions about how pilots should react to erroneous readings from sensors.

Garuda Indonesia director of maintenance, I Wayan Susena said: “In line with our effort to maximise safety aspects in the operation of our 1 B737 Max 8 fleet, Garuda Indonesia has also coordinated intensively with Boeing 737 Max 8 aircraft manufacturers by conducting mitigation manual updates on the operation of the Boeing 737 Max 8. This manual is compiled in Flight Crew Operating Manual Bulletin which was further updated by Boeing.”

The manual illustrates the guidelines that pilots must take when experiencing certain conditions related to the condition of the ‘erroneous input’ of the aircraft’s ‘angle of attack sensor’ feature. We have also extended the bulletin to all maintenance and operations lines of Garuda Indonesia and became a guide for carrying out operational activities in Garuda Indonesia, especially for our B737 Max 8 fleet,” Wayan added.