As the LGBTQ movement gains momentum in Asia, the tourism sector is realising the financial and social sense in standing up for this increasingly visible segment. By Xinyi Liang-Pholsena 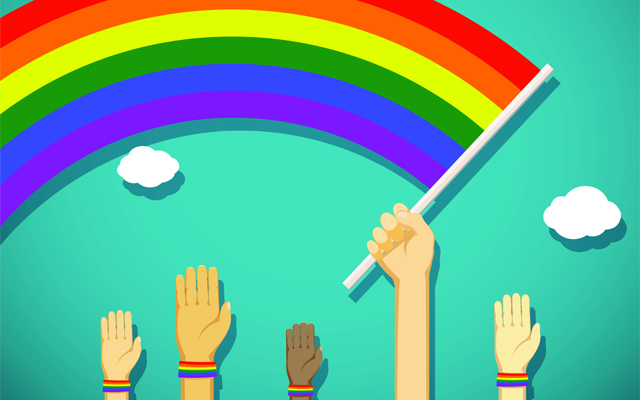 Positive winds of change are blowing into the lesbian, gay, bisexual, transgender and queer (LGBTQ) travel sector, which has grown from a niche segment into a major part of the global tourism business in the last decade amid ongoing changes in the social and political climate.

The total global value of LGBTQ travel is reported at US$200 billion, growing at an average of eight per cent year-on-year when mainstream travel grows at just 3.8 per cent, according to Uwern Jong, editor-in-chief of gay-targeted OutThere magazine and LGBT+ luxury travel ambassador for Thailand Authority of Thailand (TAT) NYC. “Demographically they own 22 per cent more than their straight counterparts and on average they spend 55 per cent more on travel, so it’s easy to see that the LGBTQ sector makes a dynamic and influential contribution to the global economy,” shared Jong during the LGBT+ Travel Symposium: Thailand in Bangkok in June this year.

Notably, the tourism sector is currently undergoing a paradigm shift, evidenced in the growing body of industry research on LGBTQ travel, said Peter Jordan, head of insights at Toposophy and consultant of Gen C Traveller, another speaker at the symposium.

The second edition of the UNWTO Global Report on LGBT Tourism, developed in cooperation with the International Gay & Lesbian Travel Association (IGLTA), was released last year. This was followed by European Travel Commission’s (ETC) launch of the Handbook on the LGBTQ Travel Segment in July this year.

The launch of these LGBTQ travel reports marks “a real milestone as it really demonstrates recognition of the LGBTQ market at the highest level for tourism policymaking”, stated Jordan, who researched and wrote both reports.

Greater inclusivity, more visibility
The travel industry is now entering a new era of inclusiveness, as more tourism businesses as well as industry leaders pledge their support for the LGBTQ community.

Said Jordan: “In the latest edition (of the UNWTO report), we took a big step forward with the inclusion of an important quote from recent secretary-general Taleb Rifai, who made a clear invitation to all tourism leaders, no matter which country they are in, to provide a supportive environment for LGBTQ travellers.”

The LGBTQ sector is also of interest to PATA, which had entered into an organisational partnership with IGLTA since 2015, shared the organisation’s chief executive Mario Hardy.

Increased LGBTQ visibility across the globe will certainly drive the process of acceptance and engagement.

Jordan added: “It’s the emerging markets which are going to offer the biggest potential for growth, where more and more (LGBTQ) people are increasingly visible.

“We must remember that many of these emerging markets are often quite socially conservative countries themselves so travel offers the opportunity for them to be open, to be (themselves) and perhaps to have the freedom that (they) can’t have at home,” he remarked.

But despite a significant shift in societal attitudes towards greater acceptance of LGBTQ people in the last decade, Hardy recognises that this remains “a sensitive topic” and is even taboo in some parts of Asia. “There is still a lot of work to be done (in this sector),” he reminded.

While still a long way to go, LGBTQ rights are being advanced in Asia, offering glints of progress.

India, in an historic judgement on September 6, has just done away with the archaic 157-year-old British empire law against homosexuality.

In May 2017, Taiwan’s top court ruled that same-sex marriage is a constitutional right, while momentum is gathering in Thailand to legalise civil partnerships. Vietnam has allowed same-sex weddings since January 1, 2015.

Industry players are hopeful that the relaxation of stance towards the LGBTQ community will attract traveller interest and revenue.

Hannah Wilson, business development executive of UK-based tailor-made luxury LGBTQ travel specialist Out of Office, is already seeing an uptick in interest in Asia from her clients – a majority of whom hail from the UK and the US.

“Interest in India has risen in the last few days. Since the legalisation of gay sex last week, we’ve had an influx in enquiries and expect (India) to become more popular,” she told TTG Asia in mid-September.

Thailand flies the flag for diversity
Among Asia’s most progressive countries regarding LGBTQ rights, Thailand has benefited from this growing tourism niche that has largely been ignored by its neighbours.

However, it was only this year that TAT, which has already rolled out the LGBTQ-friendly Go Thai, Be Free campaign several years back, truly ‘came out of the closet’ to go all out to target this segment.

“This segment was and still a strong priority of TAT; we have since been watching the segment with great interest over the last decade,” said Srisuda Wanapinyosak, TAT’s deputy governor for international marketing Europe, Africa, Middle East and Americas.

“Thailand has been regarded by the LGBTQ community as a safe, respectful and welcoming destination. We see an opportunity to present Thailand as a forward-thinking destination. Our kingdom is open to every possible shade of the rainbow,” said Srisuda, a reference to the TAT’s latest Open to the New Shades marketing campaign, which encourages travellers to discover the diversity of experiences Thailand offers.

The Thai NTO was the presenting LGBT partner at ITB Berlin 2018, and also spearheaded the first LGBT+ Travel Symposium: Thailand in Bangkok, which brought more than 30 global LGBTQ buyers and media into the capital for the event.

In fact, Thailand’s efforts in the LGBTQ sphere is catalysing efforts elsewhere in the region.

Inspired by the TAT’s LGBT+ Travel Symposium in Bangkok in June this year, Lax Junnel Mendoza, concurrent president of the Association of Travel and Tour Agencies in the Philippines’ Calabarzon region, is launching a similar event in Malvar, Batangas this month.

The event is expected to attract 300 participants from the local travel trade, government units and the academe, and Mendoza is eyeing an “exchange” programme with TAT for travellers between Thailand and the Philippines.

In the pipeline are plans to create a training programme to make local properties and their services gay-friendly and tackle issues like the proper address for these travellers, providing gender-equal toilets, health and safety, and wellness, shared Mendoza.

Seeing the significant potential of the Philippines as a pink economy source market, TAT will also kick its LGBTQ-targeted efforts in the country beginning this October by being the exclusive destination partner for the LGBT+ symposium in Batangas, said Singapore and the Philippines director Kajorndet Apichartrakul.

He said: “The Philippines is the most ready market in Asia for outbound LGBTQ travel, coming on top of rising outbound travel and spending from this market.”

The strategy in the Philippines, Kajorndet told TTG Asia, is not solely focused on this segment but to also leverage LGBTQ travellers as “influencers” in their social groups, and along with it stimulate demand from the luxury end of the market to travel to Thailand.

Srisuda commented: “Our goal is to see exponential growth in the popularity of Thailand as a destination for the LGBTQ traveller. We remain committed, with the help of our private sector partners to develop what we hope will be a model of success for this segment.” – additional reporting from Rosa Ocampo and Marissa Carruthers