Hong Kong’s harbourfront is undergoing a facelift, bringing new ‘mini destinations’ to the city and injecting a new vibrancy and character to the tourism scene through events and festivals, reports Prudence Lui 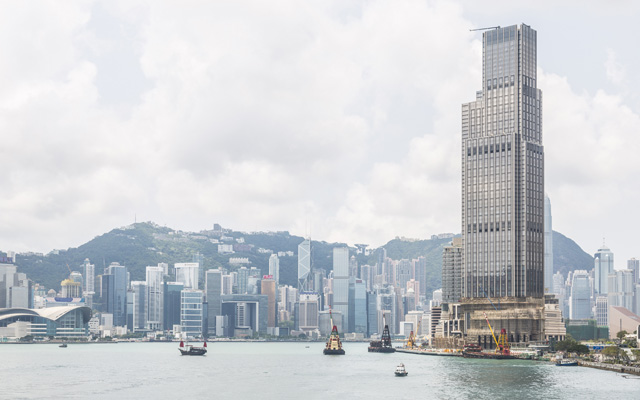 The Hong Kong government’s initiatives to develop the harbourfront have begun to bear fruit as new visitor attractions spring up  in the area, promising to breathe new life into the the city’s tourism scene.

Against the backdrop of change, there has also been a growing focus on the protection and enhancement of both sides of Victoria Harbour – including Central, Tsim Sha Tsui, West Kowloon, Kwun Tong and Kai Tak – to make the waterfront area more vibrant and accessible for public enjoyment.

“Our vision has always been to provide a diverse range of events to suit the different interests and preferences of the local population and visitors to Hong Kong,” Yiu said.

Since the outdoor venue was officially launched in May 2014, it has seen an average of 30 outdoor events annually. Events which had taken place in this space include cultural festivals, sports events, classical and popular music concerts, exhibitions, carnivals, fairs, markets as well as art and food events.

Over in Tsim Sha Tsui, former New World Hotel was recently redeveloped into a new landmark called Victoria Dockside. The same developer is also responsible for the revamp of adjacent tourist spots – Salisbury Garden and Avenue of Stars.

Last December, Salisbury Garden was reopened to feature an elliptical lawn that serves as a venue for visitors to relax or for celebrations and performances.

Meanwhile, the Avenue of Stars is scheduled to reopen by February 2019. New features include digital screens that show photos and related artist information, plus mobile carts and kiosks offering merchandise that promote local culture and creativity.

Said Shaun Campbell, Langham, Hong Kong’s managing director: “I can’t think of a major city in the world which has the advantage of opening up three large new downtown spaces to the local public and international tourists.

“They represent unique mini-destinations in their own right. This is already evident with some examples of current usage as these venues open to the public, such as the Formula E and Hong Kong Wine & Dine Festival in Central.”

“An additional opportunity for these new areas is to increase water transport around the inner harbour – both for tourists and for locals. Plans are already underway to expand the current ferry access points in these key locations, with the potential for an inner harbour water taxi service.”

However, a bus tour manager who declined to be named pointed out that these new promenade attractions hardly benefit their business as they are free access.

“We have stops in West Kowloon and Central but no plan to add or amend existing routes to fit in these new spaces. However, if guests ask us what’s interesting around the stops, we may mention to them.”

On the other hand, Uni Asia Tours’ managing director David Luk will “definitely add these waterfront spots to tour itineraries”, especially in view of the shortage of new visitor attractions in the destination.

He said: “The only concern is whether the tourism facilities are well-equipped. In the past, the Avenue of Stars was not tourist friendly at all as there was only one spot for restrooms and a café. Hopefully, we’d see more facilities like alfresco dining options, especially during autumn and winter times, to create a pleasant tourist atmosphere.

“Additionally, FITs will be a travel trend so it’s also vital to have easy access and clear signage.”