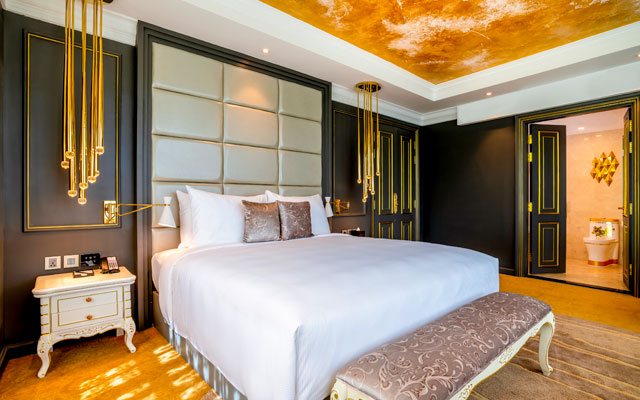 Amenities on-site include a restaurant, deli, pool bar, two state-of-the-art ballrooms that can host up to 400 guests with a large pre-event function area, and seven meeting rooms. The wellness area comprises an outdoor swimming pool, children’s pool and a fitness centre. There is also a spa complete with open-air Jacuzzi, sauna and steam bath, while a nearby golf course completes the suite of leisure facilities. QT Perth, Australia
QT Hotels & Resorts’ first property on Australia’s West Coast is located on the doorstep of the Murray Street Mall and less than a minute walk to Perth’s shopping hub. The 18-storey hotel boasts 184 guestrooms, and facilities include a bar & grill restaurant concept, cafe and another bar on the rooftop which doubles up as a function venue. There are seven conference rooms, which can accommodate up to 315 people.