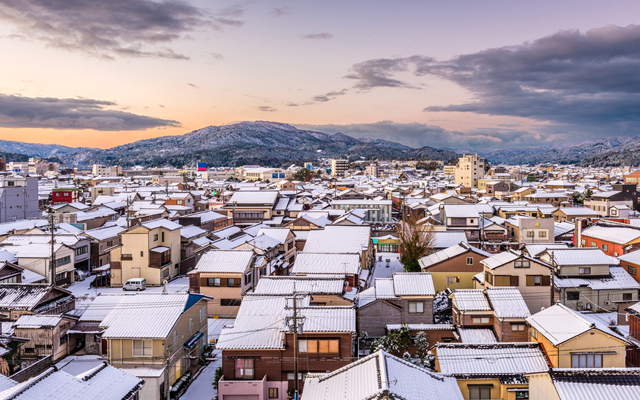 Japan’s travel industry is optimistic that new rules on accommodation offered by owners of private property will ease room shortage in some of the nation’s most popular destinations, although there are still concerns over inevitable “teething trouble” for the new system.

From June 15, the new minpaku law will allow anyone with anything from a spare bedroom to a luxury beach-front home to register their property with the local authority and rent it out to guests, eliminating the grey area in Japanese law that has shrouded the sector since property owners started the unregulated leasing of accommodation.

Airbnb was granted permission to operate in Japan in 2017, but soaring visitor numbers at certain times of the year still mean that popular destinations – such as the ancient capital of Kyoto – experience shortfalls in rooms.

Carl Kay, president of Tokyo Way, said the new law is “a perfect fit for Japan”. “There is a serious shortage of hotels in many parts of the country and there are also properties in some areas that are not being put to the best possible use,” he said. “It seems to be a clear win-win situation.”

Masaru Takayama, CEO of Kyoto-based Spirit of Japan Travel, said: “There is definitely a shortage of accommodation in a city like Kyoto, so anything that helps make more rooms available has to be positive.”

Airbnb has already created more competition with hotels and ryokan, which has brought prices down for visitors, and the new minpaku regulations will provide more choices for travellers on different budgets in popular cities like Kyoto, he added.

Yet there are concerns, such as worries among some communities “that are not used to having foreign people living in their neighbourhoods,” he admitted.

These concerns include fears that they will not be able to communicate with foreign visitors and worries that they will make a lot of noise or fail to comply with Japan’s strict rules on the separation of household garbage.

“I think it might take a little time for (Airbnb) to be widely accepted,” Takayama told TTG Asia.

Cultural concerns aside, there are a number of other issues that will need to be overcome before added regulation can be declared a success.

The law limits the number of days that any property can be rented out to 180 a year, which some fear will not be sufficient to make their business profitable, while Kyoto has gone one step further by limiting the dates that minpaku can operate to the city’s low season between mid-January and mid-March.

Because of the restrictions, there are concerns that many property owners will attempt to get around the regulations by failing to register their properties. The Japan Tourism Agency only received 724 registrations between mid-March and mid-May this year, a fraction of the tens of thousands of properties that are available on websites.