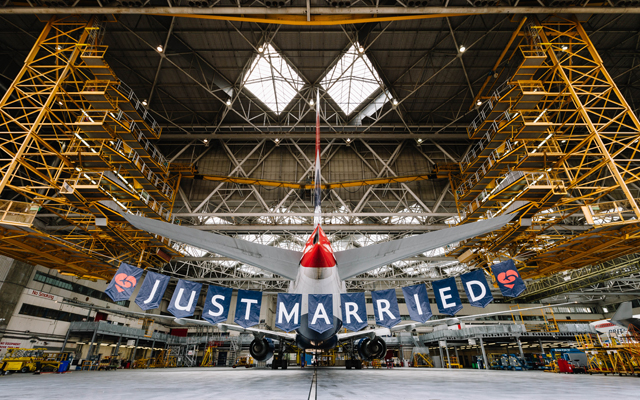 When Prince Harry and Meghan Markle tie the royal knot on May 19, British Airways’ flight BA93 on May 19 to Toronto – where their love story first took off – will be operated by a crew of only Meghan’s (or Megan’s) and Harry’s.

The 10-strong cabin crew, made up of two Harry’s, seven Megan’s and one Meghan, will operate the flight departing Heathrow at 13.10, an hour after the couple say ‘I do’ at Windsor Castle, just seven miles from the airport.

Senior first officer Harry Blake will be behind the controls of the flight deck, alongside the captain.

In further celebration of the royal wedding, any customer named Harry, Meghan or Megan departing from Terminal 5 on the big day, and their travel companions, will be invited to use the airline’s First Class lounge.

The celebrations won’t stop there as lemon and elderflower Victoria sponges – the same flavour as Harry and Meghan’s wedding cake – will be given out to customers departing from Heathrow on May 19.

Extra champagne has also been loaded on to the Toronto celebration flight and passengers on board will receive a personal bottle of Castelnau Blanc du Blanc to enjoy alongside their individual celebratory wedding cake.

British Airways earlier this month launched the thrice-weekly service between Toronto and Gatwick, the airline’s first flight to Canada from the London airport.