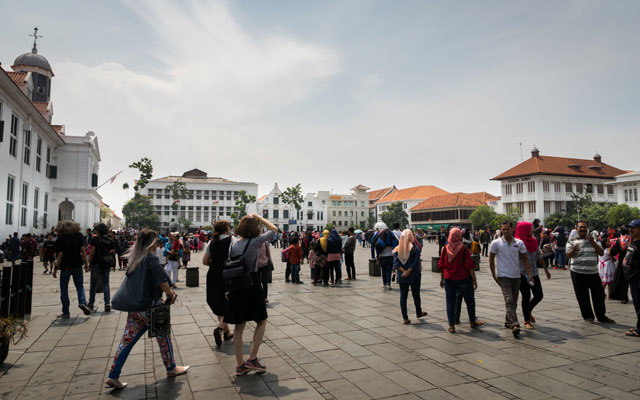 Following the success of the Batam-Bintan promotion last year, Indonesia is set to offer Jakarta Weekend Hot Deal as part of Visit Wonderful Indonesia’s (VIWI) Hot Deal campaign in hopes of growing visitor volumes during the weekends and increasing the length of stay in the destination.

Explaining the new programme, Khrisnadi, chairman of the Indonesia Hotel & Restaurant Association (IHRA) – Jakarta chapter, told TTG Asia the packages are created to sell Jakarta as weekend getaway to ASEAN countries, as the city is busier during weekdays and sees lower room rates on weekends.

Khrisnadi said the average hotel occupancy in Jakarta in 2017 was 63 per cent, while the weekend occupancy was below 50 per cent. With the Jakarta Weekend Hot Deals package, IHRA hopes that hotel occupancy on weekends can match that of the weekdays at around 70 per cent.

“We are targeting South-east Asia countries, especially Singapore and Malaysia. They already know Jakarta as a shopping and culinary destination, but the city has others attractions as well. We believe the hot deals will attract them to visit Jakarta during the weekends,” he added.

Raymond Djani, committee member of VIWI, hopes the campaign will also help drive overnight stays and increase length of stay, as the latest data showed a decrease in average length of stay from the previous year. Visitors on average stay less than three days in the city.

Raymond said: “There were over 3.9 million international arrivals to Jakarta last year. However, only 2.6 million stayed overnight in the city, while the rest were in transit.

“We expect travellers will extend their stay in Jakarta after their business is completed and enjoy city tours during the weekend,” he added.

To offer greater choice of packages, VIWI and the Ministry of Tourism have signed MoUs with 16 hotels and 15 travel companies.

Hasiyanna Ashadi, chairman of Association of Indonesian Tour and Travel Agencies (ASITA) Jakarta Chapter, said the price of packages offered is quite competitive, ranging from one million rupiah (US$72) for two nights in a three-star hotel and up to 1.8 million rupiah for a stay in a five-star hotel.

“This is just a basic package. Depending on the travel company, it is possible to opt for (enhanced) packages. For example, travellers could take a Weekend in Jakarta city tour and continue with golfing in Bandung or Bogor on Monday,” Hasiyanna elaborated.

Similarly, travel companies may combine the package with other destinations, like a Batam-Bintan tour.

However, the package does not include airfare, so the total price may vary from weekend to weekend, Yana reminded, while assuring that that prices will still be competitive as airlines offer best rates to agents.

The campaign has seen support from regional airlines such as Garuda Indonesia, Scoot and Malaysia Airlines, added Raymond.

The Ministry of Tourism projected Jakarta Weekend Hot Deals will sell more than 400,000 packages, or 15 per cent of the total target of VIWI Programme.

“If the Batam-Bintan hot deals (which have been extended into this year) and Jakarta one combine, it is not impossible to increase the number of tourist visits, especially from the ASEAN countries. The packages may seem simple but it will be a hit because of the huge discounts,” Arief Yahya said.