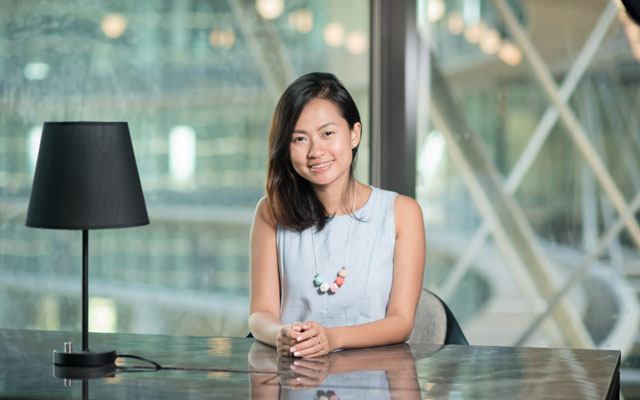 It was one fateful trip to Europe without a fixed itinerary that spurred Zelia Leong to come up with the idea for Anywhr, a Singapore-based travel start-up that sends travellers on surprise trips.

The concept is simple. Travellers indicate their interests on an online form such as the type of holiday (Adventure, Getaway, Experience or a Wildcard), as well as their budget, travel dates and other information including dietary restrictions and places they prefer not to travel to, and make their payment online.

Travellers can also tell Anywhr that they would like a mix, for example, a trip that revolves around Getaway and Adventure. Should travellers chose Wildcard, this means that the Anywhr team picks the holiday style for them.

Anywhr would then begin the planning, and send travellers a teaser email with details about their mystery destination’s weather, packing list and time to be at the airport. A week or so before departure, travellers would then receive a sealed envelope with S$30 (US$23) worth of their destination’s currency, accommodation details and suggested places to visit. They can choose whether to open the envelope then, or open it only after reaching the airport. E-visas are applied on behalf of travellers, and the cost is usually included in the trip price.

Leong, co-founder of the company, strongly believes that travel should be “authentic and raw”, instead of rushing to tick off checklists or taking photos with famous landmarks.

She shared: “We do not reveal our destinations (to the media), as each destination is selected specially for the traveller based on their preferences. Anywhr destinations are worldwide – generally the longer the trip, the farther they can go.”

As such, the company omits over-travelled places or repeated destinations such as Bangkok, Kuala Lumpur, Phuket and Bali, and instead sends travellers to lesser-known destinations. Some of their clients did not know about the existence of those places until they were sent there.

When asked who her clientele mainly was, she said: “Many think that only millennials go on Anywhr trips as they are more spontaneous. However, as we curate trips personally for each traveller according to their individual preferences, Anywhr travellers (have included) families of three generations, young couples with their baby, a pregnant mother, first solo trips and honeymoons.”

But there is no particular segment the company is targeting, and Leong pointed out that the service is for all travellers, “as long as your desire to travel is not tied to a particular location”.

Since the company’s inception in early 2017, Leong shared that Anywhr’s traveller community has grown exponentially, but declined to reveal specific figures, and instead shared that “business has been great”.

When asked how she wants to grow Anywhr, Leong said: “Our team’s goal right now is to focus on planning better trips and serving our travellers better. As we are the first of its kind, everything is new and we have to rely on ourselves to learn and grow.”

It also helps that the company is the first and only such trip curator in the region, and this has assisted in marketing the start-up. Leong strongly believes that the Anywhr service would continue to appeal to travellers.

“Travel trends are shifting beyond raised flags and tour buses. Travellers today crave authentic, personalised experiences – that are customised to their needs and preferences instead of cookie-cutter trips replicating itineraries – to interesting destinations,” she concluded.