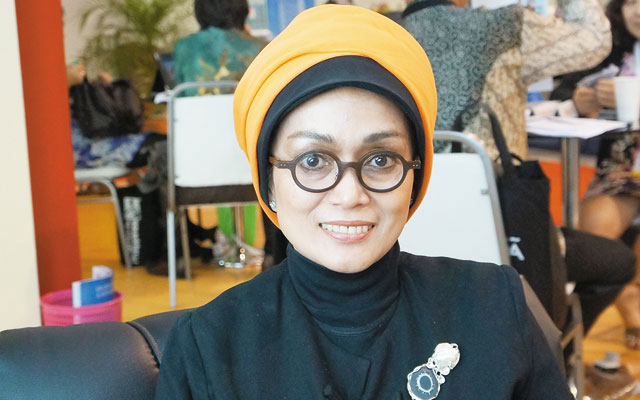 The Indonesia Ministry of Tourism’s recent restructure has resulted in marketing development being split into two area-based structures: zone I for domestic and neighbouring markets; and zone II for mid- and longhaul markets.

Nia Niscaya, former director of international tourism promotion with the ministry, now leads zone II as deputy minister of tourism marketing development II. The change has also resulted in a dedicated director taking charge of China, which was previously under the Asia-Pacific director.

“Europe, which was previously grouped with the US, the Middle East and Africa, now also has its own director, while the rest are divided among two other directors.”

Also new in this structure is that each region has its own marketing communications and strategy director.

When asked about her action plans in her new role, Nia said China, Europe and India would be her biggest points of focus this year. Specifically for Europe, the ministry will step up joint promotional efforts with wholesalers and airlines to boost arrivals.

“In the past, our focus was more on branding and we are moving into selling,” she said. “Airlines are the key to accessibility, and in Europe tour operators still play a major role in bringing tourists to a destination. Therefore, we are primarily focusing on collaborating with these two stakeholders.”

Nia revealed that results have been encouraging since the ministry took this step last year.

“At ITB Berlin this year, I will have 40 meetings with industry partners, mostly tour operators, to discuss such cooperations,” she said, adding that the ministry is investing in the promotion of packages wholesalers are selling across different platforms.

“For a certain amount of promotion budget we are to spend, agents must present to us the number of passengers they can produce on top of their own target. The additional numbers must also be new customers, not a ‘steal’ from other operators,” she elaborated.

With airlines, the ministry has linked up with both national and international carriers.

For example, the ministry has a joint promotion agreement with the Philippine Airlines, starting with a London-Manila-Bali/Jakarta deal which was sold during the Indonesia Weekend Festival (in London).

This was followed by the airline’s participation at the World Travel Market and ad placements on London taxis. In return, the ministry promotes the deal on its website.

A similar arrangement is also on-going with the Royal Brunei Airlines for its London-Bandar Seri Begawan-Bali service.

With Dubai-based Emirates, however, the ministry has a different arrangement. It jointly organised a sales mission that featured 10 of Indonesia’s top inbound players. “Emirates sponsored the tickets for both buyers and sellers, while we provided the event venue,” Nia shared.

Talks are now underway with Turkish Airlines, and Nia hopes to leverage the airline’s connectivity to 160 destinations in Europe.

The ministry has set a target of 2.2 million arrivals from Europe this year. European arrivals last year rose 13 per cent over 2016 to reach nearly 1.9 million.

Zone II has been given a marketing budget of 1.8 trillion rupiah (US$138.5 million), with 10 per cent allotted for Europe to be spent on tradeshows, sales missions and fam trips.