Dive in to find the swim lanes of new soft brands. 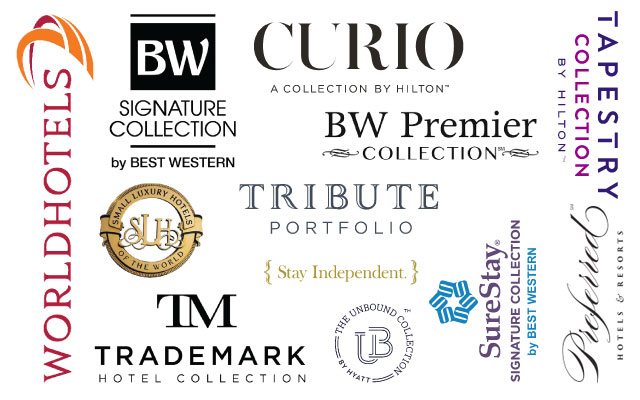 As independent-minded customers eschew cookie-cutter accommodations for the ones that are able to express themselves freely, soft brands are deemed to be here to stay.

Agents may benefit from the presence of more soft brand collections. For one, they bring to their radar many previously unknown independent properties. With more customers desiring the singular hotel with its own individuality, it has become the agent’s business to seek out more of such properties.

That’s the big idea of soft brands. The independent hotel owner needs his property to be known to the world, yet does not want to be chained by the standard operating procedures of the behemoths. The large global chains smell a great opportunity and let the owners, for a fee, latch onto their illustrious name, distribution network, loyalty programme, property management technology, training and the sense of belonging to a like-minded club, aspects OTAs can’t offer as well or don’t.

“Hard brands have a precise template and a cookie-cutter approach to business at large, whereas association with an independent representation company allows bespoke hotels like ours to retain our character as well as our unique selling propositions and competitive advantage. We get to enjoy the best of both the worlds,” said Varun Chhibber, general manager of The Leela Ambience Convention Hotel New Delhi – a property that de-flagged from Kempinski in December 2015 to Preferred Hotel Group’s LVX Collection.

Chain reaction
Chains have been shelling out new soft brands at a rate faster than ever before.

One-third of all rooms in the US are independent, according to an STR survey. The opportunity to grow soft brands internationally is even bigger. It’s just the reverse: 70 per cent of hotels outside the US are unbranded, according to Best Western International’s COO Ron Pohl. “That means the potential for us overseas is tremendous,” he said.

Whereas before soft brand launches by chains were mostly aimed at the luxury end and were few and far between (e.g. The Luxury Collection, acquired by Starwood Hotels & Resorts in 1998, and Marriott International’s Autograph Collection, launched in 2010), it’s clear that chains are marching towards the lower end of the spectrum in a bid to cover independents that fit into economy and midscale as well (see box).

But if agents who work in the industry can’t tell the difference between, say, a BW Premier Collection and a BW Signature Collection, or even between Hilton’s Tapestry and Curio soft brands, as a test by this editor shows, will customers – or even the independent hotel owners themselves – be any wiser?

“Parent companies conduct customer surveys and are hopefully building brands that meet customer needs. That said, the proliferation of brands is certainly hard for a customer to track and it is easy to assume that a certain amount of brand blur or brand fatigue is taking place. This is probably also true for owners who have a hard time to determine the ‘swim lanes’ of one brand against another.

“The challenge for the new brand is to provide a unique selling proposition to satisfy the guest’s demand and to stand out among the sea of brands,” he said.

This is why the original players of soft brands, the so-called hotel representation companies such as Worldhotels, Preferred etc, aren’t overly-anxious about global chains entering their turf. Over decades, these established brands, with enough scale, hindsights and foresights, have continuously been perfecting their niche, so much so it is clear to all and sundry what they stand for.

Here are two competing new soft brands, Curio by Hilton (launched in June 2014) and The Unbound Collection by Hyatt (launched in March 2016) as described by their parents:
Curio: a global collection of distinctive four- and five-star hotels that offer travellers local discovery and authentic experiences in key markets. Just as the word “curio” can refer to something of interest, unique or even rare, each Curio hotel will be different from the next, with individuality being a common thread, along with the quiet reassurance of the Hilton name behind every location.

Unbound: a portfolio of new and existing upper-upscale and luxury properties that will maintain a distinct character; includes historic urban gems, contemporary trendsetters, boutique hotels, resorts and more – will have their own individual brand identities, free from constraint or convention. At the same time, the brand will provide guests the freedom from worry by giving them the high-quality that comes with the Hyatt brand.

Said Robert Hecker, managing director Pacific-Asia, Horwath HTL: “I don’t think any have gained sufficient scale or distinction to have created their own soft brand identity that consumers would seek them out on any consistent basis.”

Without doubt, the chains will be driving scale and launching more soft brands.

“Soft brands are here and are here to stay,” Freitag wagered. “The large parent companies have found that the soft brand alternative is attractive to owners who do not want to give up their unique look and feel while at the same time being connected to the large loyalty programme that the traditional hotel companies bring. In the long run, it will come down to the value that the soft brand deliver to the hotel owner’s bottom line to see if any specific brand will make it.

“As a side note, I would also not be surprised if one of the major OTAs starts exploring the idea of a soft brand to organise the independent hotels they have relationships with.”

Meanwhile, the hotel representation companies are doing everything to protect their grip on the market. Preferred’s 2017 year-end results show a 22 per cent year-on-year increase in reservations revenue to nearly US$1.4 billion and the addition of 103 new properties in 2017 to its fold.

Asked what this shows about the rising competition in the space, Preferred’s CEO, Lindsey Ueberroth, said: “The independent space will only continue to gain market strength, which is a trend that is corroborated by the movement of major chains trying to make in-roads into this space by launching brands that, on paper, appear to deliver the same experience.

“This growth of soft brands has created more competition, but Preferred will continue to maintain its position as an authentic frontrunner given our 50-year (this year) head start and a consistent track record of excellence. We look forward to many more years of success ahead.”