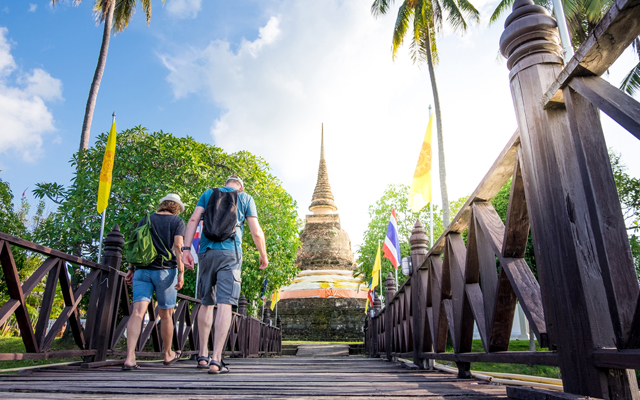 In Spain, intercontinental flight bookings for 1H2018 are 4.4 per cent ahead of where they were at the same time last year, with Indonesia and Thailand the South-east Asian destinations growing fastest in popularity, according to ForwardKeys.

Forecasting travel patterns based on forward booking data, ForwardKeys reported that interest in Indonesia is up 14.1 per cent, while Thailand is seeing a 13.7 per cent increase in demand from Spanish travellers. As well, Vietnam ranked the 10th fastest growing longhaul destinations for Spaniards, up 11.7 per cent. Other Asian destinations ranking in the top 10 fastest growing destinations are the Maldives (+29.1 per cent) and China (+25.3 per cent). The longhaul destinations currently showing the greatest growth in bookings are Egypt (+60.6 per cent) which is recovering from a period of internal political unrest; the Dominican Republic (+48.8 per cent) which is benefitting from a new winter-season flights operated by Wamos Air; and Cuba (+42.6 per cent), which has been experiencing a tourism boom.

Specifically for the Easter holiday season (March 19-April 1), the longhaul destination currently most in demand among Spaniards is the US, which has a dominant 28 per cent share of the segment. The next most popular intercontinental destination is Thailand with a 10 per cent market share, followed by Cuba, Argentina and Japan, all with a four per cent share.

Overall, the flight data company expects growth in longhaul travel to be lifted by new routes from Barcelona and Madrid as well as greater enthusiasm for Cuba, Dominican Republic, Egypt and Thailand.

Commenting on the findings, CEO of ForwardKeys, Olivier Jager, said: “This is a healthy outlook. One has to be particularly pleased for Egypt, as it is a fabulous destination that has suffered greatly in recent years and, like Spain, is heavily dependent on tourism.

“Also, one cannot help but be impressed by Thailand’s and Cuba’s progress in attracting Spanish visitors, as both have significant shares of the market and are showing strong growth in forward bookings.”