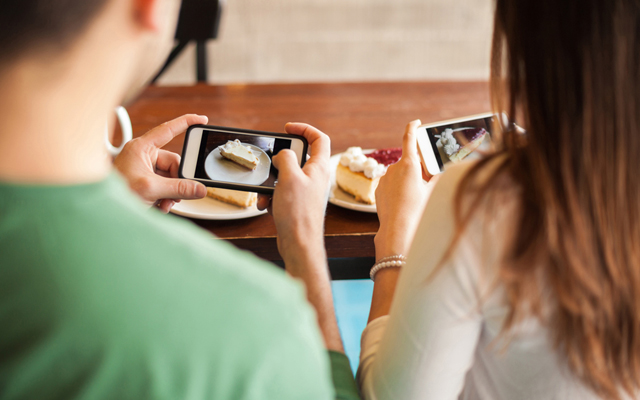 Nineteen per cent of travellers would rather travel with their smart phones than partners, with 15 per cent of men admitting to using dating apps out of town, among the findings of Hotels.com‘s Mobile Travel Tracker study.

The average traveller spends 62 minutes a day on social media on holiday, with Facebook (70 per cent) and Instagram (49 per cent) being the social channels of choice for travel bragging to friends at home.

When it comes to what travellers are bragging about on their trips, food snaps (57 per cent) come in tops, followed by photos of landmarks (56 per cent).

The study also revealed that travellers get more anxious when their phone runs out of battery (17 per cent) or when they lose Wi-Fi (eight per cent) than if they argue with their partner on a trip (five per cent).

Sometimes referred to as a generation of filter-loving, hot-headed and often love-drunk youths, 45 per cent of 18- to 29-year-olds surveyed admit they are not afraid to upload a picture with their loved ones on holiday.

The research however points out some gender differences, with women more likely to flaunt having a partner online (42 per cent), while men prefer posting snaps of “serene, drama-free cityscape” (38 per cent), according to Hotels.com.