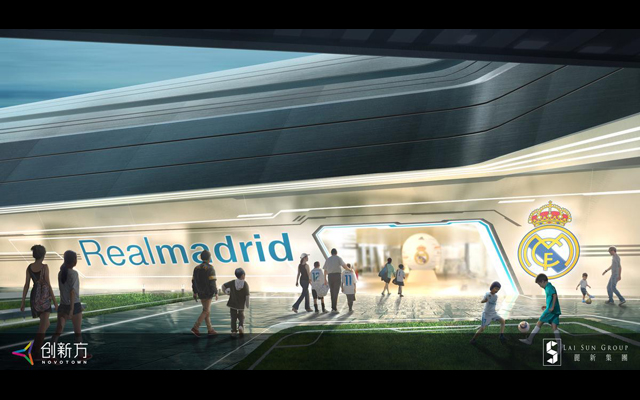 Reigning European soccer champions Real Madrid are to participate in a giant new leisure park in southern China as part of their promotional campaign to capture new fans in Asia, and in doing so help attract more visitors to their home city.

The plan is to set up a museum at the Hengqin Novotown cultural and entertainment complex in Zhuhai, near Macau. This was presented in Beijing by former Real and Spanish national team forward Emilio Butragueño, now the club’s director of institutional relations.

Due to open in 2021 as part of a development by Hong Kong’s Lai Sun Group, the 12,000m2 pavilion will offer various interactive experiences, a team kit shop, and a themed restaurant.

Other companies involved in the project include National Geographic and film producer Lionsgate.

“The Chinese market is full of opportunities and it is only by working from the inside that we can be successful,” said the club’s director general, José Ángel Sánchez.

Real Madrid, which has set up its own business office in Beijing, is the most successful club in European football history, having won the UEFA Champions League 12 times, and its predecessor, the European Cup.

The main aim of the park is to further attract the interest of the estimated 185 million Chinese people who regularly follow world football, he said.

A spokesperson from the Spanish capital’s tourism board Destino Madrid said Real Madrid is “one of the most valued tourist attractions for this market”.

Real Madrid’s original museum forms part of its home ground complex, the Santiago Bernabeu Stadium, which the spokesperson has pointed out “has become one of the most visited (attractions) in the city”.

“Football is an asset and a recognisable brand for Madrid. The successes of the Madrid teams have made these clubs great ambassadors, and promoting the city beyond our frontiers.”