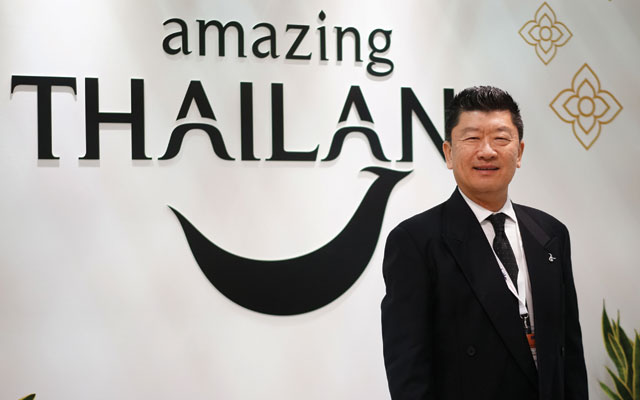 The Tourism Authority of Thailand (TAT) has soft-launched at ITB Asia 2017 a new marketing concept which focuses on new source markets, new traveller segments and new ways to enjoy the kingdom.

Named The Million Shades of Thailand, the new concept is set for an official launch this November at World Travel Market London and again in January 2018 at ASEAN Tourism Forum when it heads to Chiang Mai. In his soft launch presentation on October 25, Tanes Petsuwan, deputy governor for Marketing Communications of TAT, explained the concept’s three areas of focus, “the 3Ns, which are New Destinations, New Segmentation and New Product”.

New Destinations, which refers to target source markets TAT is keen on courting, include Canada, Latin America and China’s secondary cities.
Tanes said: “It was not feasible in the past to promote Thailand (to travellers in) Latin America because (the journey) was too long for them and air connectivity was lacking.

“These days, airlines such as the Middle Eastern carriers offer good connections and use new aircraft that can fly a longer distance, and are equipped with (extensive) onboard entertainment that make for a more enjoyable journey.”

As for New Segment, TAT will reach out to millennial travellers who are lured by digital social media and customer-focused activities.

And finally, for New Product, TAT is spotlighting Gastronomy, Nature and Beach, Arts and Craft, Culture, and Way of Life.

In an interview with TTG Asia, Santi Chudintra, deputy governor for TAT’s international marketing (Asia and South Pacific), said he hopes that the new marketing concept will “invite the world to travel to Thailand, and open their minds and perspectives (so that) they will find new things (and) interesting stories.”

Santi explained that there are different ways to enjoy Thailand’s many different destinations.

Drawing a food analogy, he said: “Take pad thai for instance. You’ll find it at a street vendor and at a high-end restaurant. You’ll find it wrapped in a leaf or in an omelette.”

He pointed out that local food, handicraft, souvenirs and other products come in different variations across the country, festivals are celebrated in unique ways in different locations, and the beach experience is different everywhere.

The Million Shades of Thailand is expected to help Thailand maintain its competitive edge in the travel industry. International arrivals to Thailand in 2016 totalled 32.6 million and the number is expected to rise to 34.5 million.

Meanwhile, tourism revenue is expected to hit US$50 billion, up from 2016’s US$42 billion.