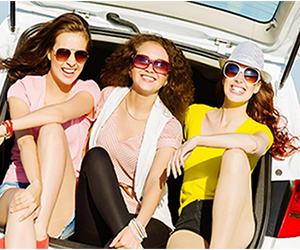 When one plans a road trip, it is usually about the spectacular scenic routes and major highlights that one gets to experience along the way. But what about doing something different and embark on a trip to discover some of the most beautiful villages in the world with Budget Rent-a-Car? Budget customers can easily explore Alberobello, with its conical “Trulli’ buildings in southern Italy; pull over and bask in the laidback atmosphere of Monteverde in Costa Rica, surrounded by cloud forest or even take a pit-stop to wander around the picturesque village of Bourton-on-the-Water in the Cotswolds, England.

These stunning locations have never been easier to visit as Budget offers affordable car hire in more than 120 countries worldwide, from approximately 3,500 locations. Additionally, Budget offers a wide range of models, with a choice of sizes and styles to suit differing requirements. Regularly voted as one of the prettiest villages in England, Bourton-on-the-Water is quintessentially British, with its quaint, stone-built buildings and the small bridges which cross the River Windrush. Stretch your legs for a stroll around the village or sample some of the sweet treats in one of the many traditional tea rooms which line the streets. Renting a car means one can easily travel around and discover the surrounding Cotswolds towns and villages, known in England as an ‘area of outstanding natural beauty’. In complete contrast, Budget drivers can journey on the winding road to Monteverde which is perched high up on Costa Rica’s continental divide. The village itself is filled with restaurants and artisan craft shops, but the real beauty lies in the surrounding coffee plantations and cloud forests which is home to an abundance of wildlife, including monkeys and colourful birdlife. Monteverde is only accessible by road, so hiring a car is the best way to access this remote Costa Rican village. With the windows rolled down, explore the pretty region of Puglia in southern Italy, making a stop in Alberobello. Alberobello is most famous for its unusual white-washed houses with cone-shaped roofs, known as Trulli houses which are made from dry stone. Here, one can easily park the Budget car at Largo Martellotta and go on foot, following the steps to the main square, known as Piazza del Popolo, and be rewarded with fabulous views over the entire quirky village. After exploring the sights, refuel on typical Italian cooking in one of the many authentic trattorias. The cuisine is sure to delight!

Driving with Budget cars is simple and with so many beautiful villages located across the world, be inspired by the collection to help decide on the next road trip. The only difficulty would just be to decide which destination to discover first! For more information on Budget cars for you or your clients, visit us at www.budgetinternational.com/ttgasia.