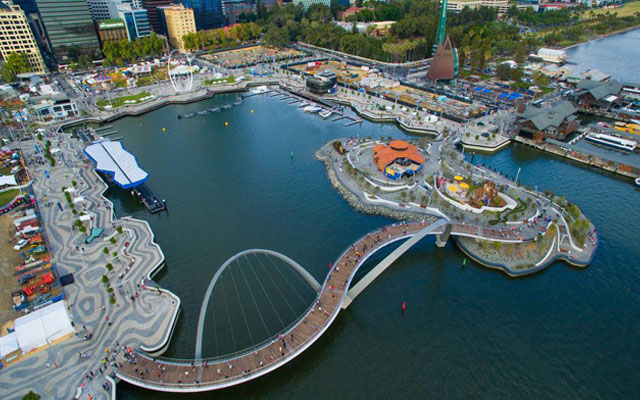 The Government of Western Australia (WA) is stepping up efforts to promote the capital city Perth and its surrounds, having identified Singapore as a key market for the state’s tourism.

Paul Papalia, minister for Tourism of WA, said that the state welcomed 100,000 visitors from Singapore in 2016, making the country the third-largest source market of tourism for the region. Tourism of Western Australia is keen to draw more Singaporean visitors to Perth and its surrounds; Elizabeth Quay pictured

Self-drives through the Margaret River and quokka-spotting in Rottnest Island are top activities that draw Singaporeans to WA, said Papalia.

To further drive up tourism numbers from Singapore, the state government is developing partnerships with SilkAir and Singapore Turf Club.

For the former, Tourism of WA is looking at introducing direct flights between Singapore and Broome.

Horse racing festivals, including the annual TABtouch Masters Series each year-end, will be promoted as carnival attractions for travellers.

In addition to racing, sports tourism is poised for growth with the 60,000-seat Perth Stadium due to open in March 2018.

The city will also see more than A$1 billion (US$796 million) in redevelopment efforts for Fremantle, a A$100 million foreshore development for Scarborough Beach in early-2018 and a new marina and walking trails on Rottnest Island.

In the next four years, Perth will see a further 16 new or redeveloped hotels, adding 2,800 new rooms to its inventory.