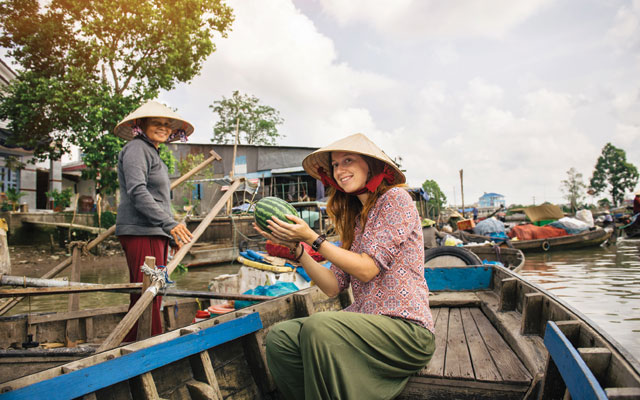 Pumping more efforts into marketing Vietnam and having more tourist-friendly visa policies in place are some changes trade players would like to see to attract more repeat travellers to the country. Hoang Minh Ngoc, Indochina Charm Travel’s Saigon office manager, said while France is the top repeat source market, followed by visitors from the US who tend to include Vietnam in South-east Asia multi-destination trips, travellers overall “do not tend to make repeat trips”.

She added this is partly to do with local operators failing to push the country’s growing diversity as more areas open up. However, the main issue lies with a lack of government support and tourism marketing promotions.

“To attract more visitors back to Vietnam, the government, together with travel agents, needs to invest in special promotions of the destination in potential and new markets,” she said.

But the authorities are not providing the monetary means. Figures from Vietnam National Administration of Tourism show that only US$2 million was allocated to their tourism promotion budget in 2016 – the equivalent of 1.9 per cent of Malaysia’s spend on marketing, 2.5 per cent of Singapore’s and 2.9 per cent of Thailand’s.

As well, travellers are opting to visit neighbouring countries, which are more accessible. In June, Vietnam renewed its visa-free exemption scheme to five key European countries for another year.

While the exemption, which has been in place since mid-2015, has led to double-digit growth in arrivals in the first four months of 2017, Bertrand Courtois, Sofitel Saigon Plaza’s general manager, said its single-entry conditions for a 15-day stay need to be relooked at to lure longhaul visitors back.

He said: “This is definitely a great start as it makes it easier for expats living in the region to visit during long weekends, and multiply their trips to Vietnam and discover new places.”

However, he added that a system similar to Thailand – with a large number of exempt countries – or a visa-on-arrival system like in Indonesia, would “greatly help”. Developing more attractive sightseeing and entertainment activities is needed too, he suggested.