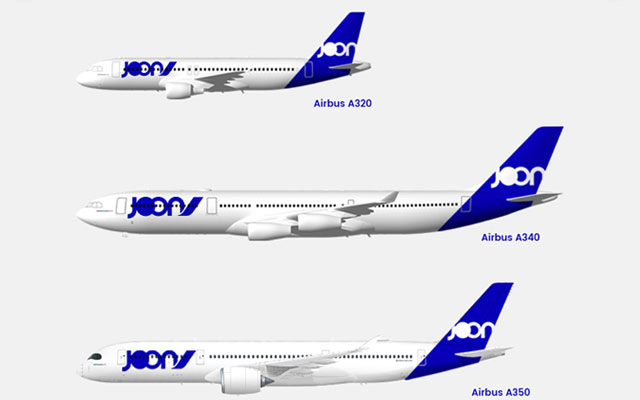 The name Joon, which echoes the word “jeune” for “young” in French, is aimed at young working adults aged 18 to 35 year, whose lifestyles revolve around digital technology. Positioned as “a lifestyle brand and state of mind”, Air France states that Joon is not a low-cost airline as it will offer original products and services that reflect those of the French flag carrier.

This new brand – which features an electric blue code as its visual identity to symbolise the airline’s dynamic attitude as well as the sky, space and travel – is said to be entirely designed to meet millennials’ requirements and aspirations, according to Air France.

Jean-Michel Mathieu, who has spent most of his career with the Air France and Air France-KLM group, has been named the CEO of Joon.

Franck Terner, CEO of Air France, said: “Joon is another step in the deployment of the Trust Together strategic project. Its creation will improve the profitability of the Air France Group, enabling it to reduce its costs and ensure the sustainability of its business model.”

More details on Joon’s content, products, services, destinations and range of fares will be provided in September, according to Dominique Wood, executive vice president brand and communications at Air France.