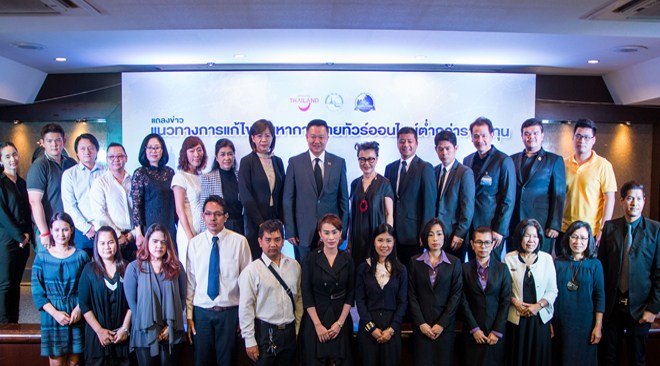 A group of 44 Thai OTAs and attractions have banded together to set up the Online Tourism Club (Thailand) to beat back online competitors in China that are undercutting prices to attract customers.

According to the club’s president, Nipon Boonmasuwaran, some Chinese OTAs were reselling tourism products in Thailand at prices 15 per cent below costs, which significantly affected Thai OTAs’ competitiveness and price structures. Chinese OTAs were undercharging prices to increase their bargaining power and building customer databases, with some even manipulating financial statements to the stock markets, he said.

“Setting aside the zero-dollar tour problem, we think this issue will have impacts on Thai tourism in the future,” Nipon said, who led the club’s members to meet with the Tourism Authority of Thailand (TAT) representatives yesterday to discuss solutions.

Srisuda Wanapinyosak, TAT deputy governor for international marketing, said the NTO was keen to solve the problem for the sustainable growth of tourism in Thailand.

The number of FITs from China to Thailand accounts for 60-70 per cent of total Chinese arrivals (8.7 million visitors in 2016) to the country. It is also a market segment that both Chinese and Thai OTAs are targeting as more Chinese travellers seek out travel and hotel bookings via online channels.

To address this issue, Srisuda said TAT and local OTAs are planning roadshows in China’s three main cities, namely Shanghai, Beijing and Guangzhou, to meet with their Chinese counterparts and convince the latter to abolish undercutting policies.

An MoU will also be proposed to five major Chinese OTAs, she revealed.