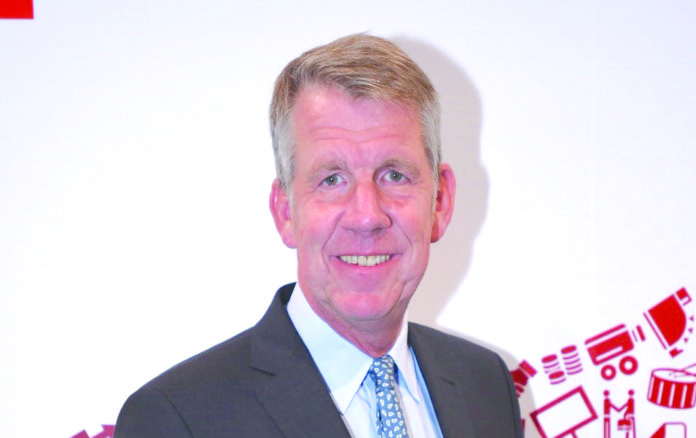 Rather than jumping headlong into the huge China market, Germany’s TUI Group is taking the contrarian approach, going for slow but steady growth in a three-pronged policy which its CEO Fritz Joussen revealed to TTG Asia in a one-on-one interview at ITB China yesterday.

“One of the issues with China is that it is so big. Therefore it is risky to build your brand too rapidly, plus you will need to spend millions of dollars to do so. That’s not what we want. We want to build a direct relationship with satisfied customers,” he said.

TUI China, which since 2011 has an outbound travel licence, has recently inked a partnership with Viking Cruises, which operates over 62 river cruise ships, to target China outbound market. Joussen foresees TUI’s role in handling the sales and visas, etc, will enable its expansion of the China outbound pie. “We believe cruises, particularly river cruises, is a big segment today for Chinese clients. We can dedicate full ships to them to sail, say, up and down the Rhine River where they can experience sights and culture while also feeling at home in a dedicated ship,” said Joussen. TUI China, whose joint venture partner is CTS, is only one of three foreign companies with an outbound travel licence, the other two being JTB and American Express. CTS owns the largest travel agency network in China with about 350 outlets.

Secondly, TUI Group has bought an equity in Dusseldorf-based Peakwork, a digital leisure travel solutions firm, which it aims to use as a means to develop dynamic packaging with Chinese partners. “We believe over time the integrated holiday experience, combined with individual demand, will come to China as the market matures. For that, you need software that can do dynamic packaging, and B2C, B2B and B2B2C (reach),” he said, adding the Chinese travel market is far more digitally-driven than the German market.

“A third of our guests in our hotels in the Maldives are Chinese guests,” said Joussen. “We thought, let’s build more hotels in South-east Asia, the Maldives, Sri Lanka and Mauritius. We’re looking into Thailand, Indonesia (Bali), Vietnam and so on.” TUI Group operates two resort brands, RIU and Robinson Club.

TUI Group now has more than 300 hotels in operation and is planning to open around 10-12 new hotels per year worldwide. It owns or manages the hotels, and is also investing in its own cruise ships (13 in operation now).

Since becoming TUI Group CEO in 2012, Joussen has been repositioning the company from a tour operator to a tourism player.