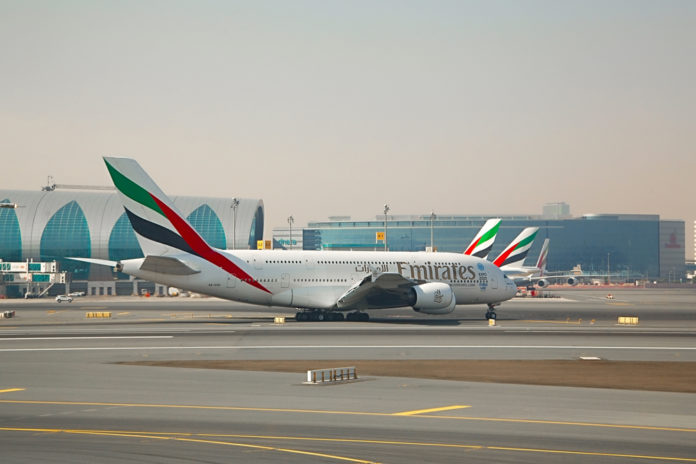 From March 25, 2018, Emirates will provide an all-A380 service from Melbourne when it upgrades its third daily flight from the Australian city to Dubai from a Boeing 777-300ER, right as Qantas replaces the Melbourne-Dubai-London with the Melbourne-Perth-London route on March 24, 2018.

Emirates’ move will add 945 seats per week on flights EK408 and EK409, representing a 10 per cent increase in capacity, which is expected to support more business and leisure travel between Dubai and Melbourne. The Emirates A380 offers 489 seats in a three-class cabin configuration with 14 private suites in first class, 76 flat-bed seats in business class and 399 spacious seats in economy.

Meanwhile, Qantas customers in Melbourne will have the option to fly to Dubai with partner Emirates on Qantas code.

By swapping its daily A380 Melbourne-Dubai-London service for a daily 787-9 on the Melbourne-Perth-London (Heathrow) service, Qantas customers travelling to London from Melbourne will reduce their total travel time by more than an hour compared with existing A380 services.

Qantas is expecting a surge in stopovers and tourism for Western Australia while making Victoria the hub for its first four Dreamliner. The carrier’s first two 787s will be dedicated to the Melbourne-Los Angeles route from December 2017, and the third and fourth to the Melbourne-Perth-London service from March 2018.

According to Qantas, the A380 that currently operates the Melbourne-London route will be redeployed to meet periods of high demand from Melbourne and Sydney to destinations in Asia, such as Singapore and Hong Kong.

Qantas Group CEO Alan Joyce said there had been global interest in the Perth-London flights since they were announced in December 2016.