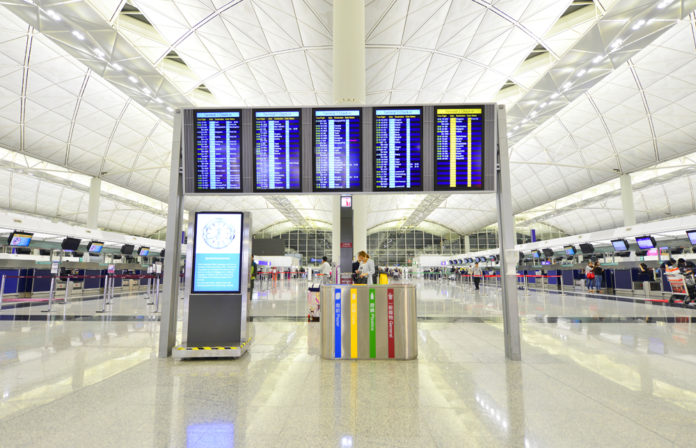 The Hong Kong trade is mulling redress for affected airline customers after the issue of hidden passenger security charges charged by airlines was brought to light.

The Airport Authority Hong Kong (AA) had increased passenger security charge from HK$33 (US$4.25) to HK$45 in June 2014, but HK$50 was levied by airlines instead, according to industry members. Society of IATA Passenger Agents (SIPA) chairman, Larry Lo, said: “I was aware of the situation but not in a position to take any action until my new role in SIPA was announced last summer. There was a need for me to find out what the charge was based on as it’s unfair to consumers.”

According to Lo, AA claimed that it was not aware of the overcharge, as the HK$45 charge was rounded up to the nearest HK$10 automatically by the fare calculation system and the extra HK$5 were pocketed by airlines.

“To (cancel out) the (extra) charge, IATA finally assigned a new tax box for the security charge effective for sales and travel from May 1, 2017… hence allowing for single-dollar calculation,” Lo revealed.

Lotus Tours, managing director and COO, Ken Ng, did not receive any customer complaints but sees potential refund issues in redemption tickets like Cathay Pacific’s Marco Polo Club. “As the extra dollars went into airlines’ pocket, hopefully SIPA will follow up but for sure, it’s hard to make the refund to respective passengers,” he said.

Hong Kong’s legislative council member Wayne Yiu Sze-wing likewise reckoned it would be hard to refund consumers as the sum is bundled with airfares, and pointed out that agents also benefited from this as their commissions are calculated on total airfare.

According to Travel Industry Council, over 8.9 million air ticket transactions were recorded in 2016 which amounted to HK$27 billion.