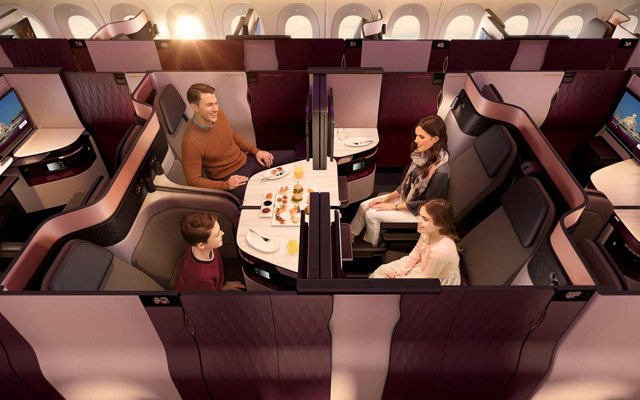 Two years in the making, QSuite features the industry’s first-ever double bed available in Business Class, with privacy panels that stow away, allowing passengers in adjoining seats to create their own private cabin. Adjustable panels and movable TV monitors in the centre of four seats allow people travelling together to transform the space into a private suite. The QSuite concept will be retrofitted on to the existing Qatar Airways fleet starting from June 2017, at an estimated rate of one aircraft a month.

Moreover, Qatar Airways will be launching a new F&B concept. In addition to the existing ‘dine on demand’ service, the new Business Class menu will now offer a selection of snack ‘sharing dishes’ available throughout the flight.

The airline will also be launching a new next-generation user interface of Oryx One, its entertainment platform. Oryx One’s interface has been redesigned to make it easier to surf content and choose from up to 3,000 entertainment options.