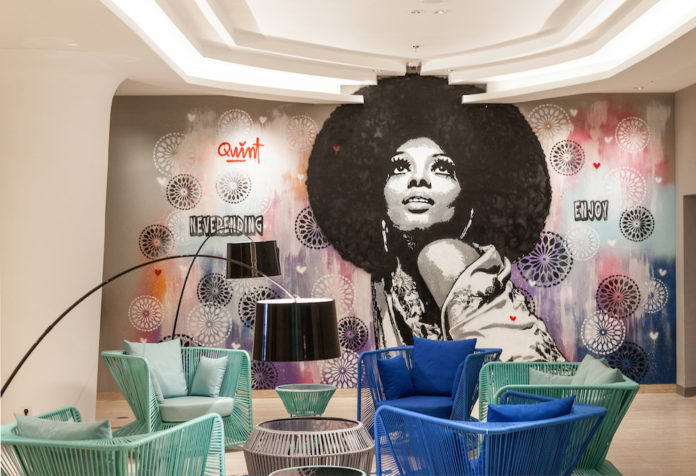 Sol House Bali Legian
Melia Hotels International has opened Sol House Bali Legian on the west coast of Bali, within walking distance from Legian Beach. The property offers 136 rooms across four categories, and integrates social media into its operations, featuring a Tweet concierge service that allows guests to tweet requests. Other amenities include a swimming pool, gym, rooftop jacuzzi, a meeting space for up to 200 people, and three F&B options. Disney Explorers Lodge
Hong Kong Disneyland Resort is opening its third hotel, the Disney Explorers Lodge, on April 30. The seven-storey hotel houses 750 rooms, each featuring a sea or landscape view of one of the four themed gardens named after Disney characters. Amenities on-site include three restaurants and an outdoor swimming pool. All guests will also receive a Priority Admission Pass for selected attractions and seat reservations for stage shows, issued accordingly to the number of guests in each room, with a maximum of four guests per room.

Rates start from HK$2,200 (US$283), and travel trade partners will be able to avail the 2 Nights Plus Offer deal if they book their guests for two consecutive nights or more, valid until December 20, 2017. Glad Live Gangnam
The sister hotel of Glad Hotel Yeouido has opened in South Korea’s Gangnam district. Located near COEX, the largest underground shopping centre in Asia, and the districts of Garosu-gil and Apgujeong, the hotel has 210 rooms and two suites – the Live Pool Suite and the Glad Pool Suite. Amenities include a gym, a European restaurant, a casual brunch eatery, an upscale lounge bar and an after-hours club.

St Regis Changsha
Housed from the 48th to 63rd floors of Changsha’s Yunda Central Plaza, in Hunan Province, is St Regis Changsha, which offers 188 guestrooms and suites decorated with subtle Chinese touches. Amenities include a helipad, six F&B venues, and an indoor swimming pool and a 24-hour fitness centre – both situated on the 63rd floor. Meeting facilities include eight function rooms, a 660m2 foyer, as well as a 1,888m2 main ballroom that can hold 1,700 guests.