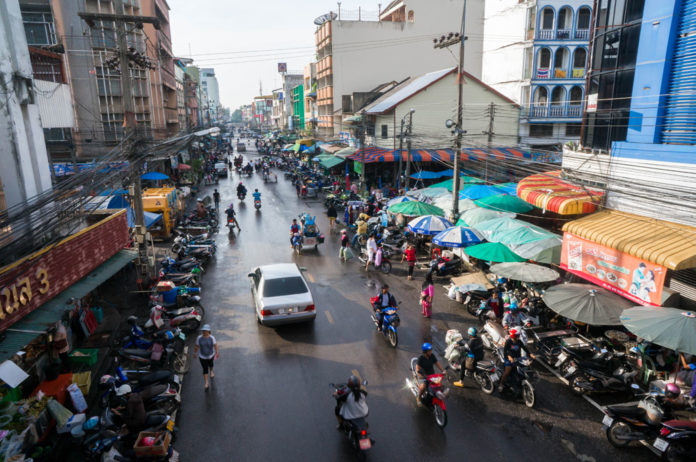 The Thai border city of Hat Yai, which depends on Malaysia as key tourism feeder market, has been hard hit by the anaemic ringgit that makes even short trips pricey for Malaysian vacationers.

The Tourism Authority of Thailand (TAT) estimated that Malaysian arrivals to Hat Yai had fallen by 10 per cent year-on-year in January 2017 while the average length of stay had gone from two nights to just one. Travel spend took a beating too, falling more than 30 per cent to 2,000 baht (US$57) per head per day.

Krit Praphanrasnikorn, managing director of President Hotel Hat Yai and former president of the Hat Yai Songkhla Hotel Association, said the ringgit had depreciated by more than 20 per cent against the baht, which means a weaker buying power for Malaysians in Thailand.

Exacerbating Hat Yai’s tourism predicament is the LCC boom, which Krit said has turned the destination into a stopover location where Malaysians park their cars and depart on flights for other Thai resort destinations like Chiang Mai, Phuket and Krabi.

“The tourism situation in Hat Yai will hit rock bottom in 20 years’ time and the poor (Malaysian performance) is likey to continue at least two years from now,” Krit said.

He urged tourism authorities to develop new destinations and products to keep up with travellers’ evolving demands.

TAT’s Hat Yai director Panu Woramit acknowledged the challenge and told TTG Asia that there are plans to create entertainment and sporting events to woo Malaysian travellers. These activities will begin after the Songkran festival in April.

Panu added that TAT and tour operators in Hat Yai are actively sourcing for new markets to reduce the destination’s dependence on Malaysia. They are pinning their hopes on China, as from April 2 there will be three regular flights a week from Kunming to Hat Yai.