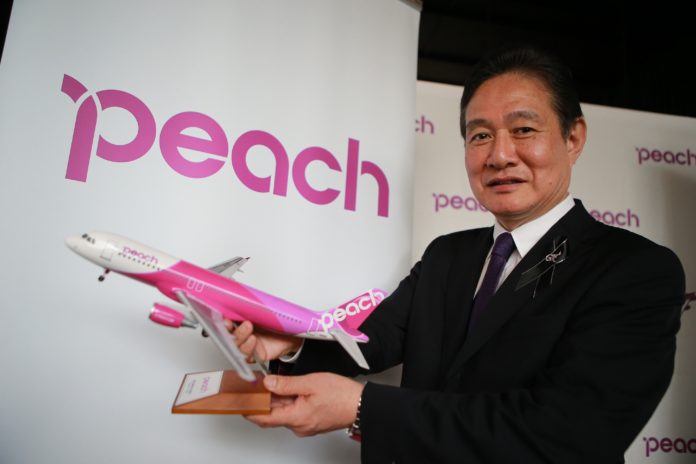 “I hope Peach will be a ‘bridge of Asia’ and enable Thais, South-east Asians and Japanese to have convenient journeys by planes,” said Shinichi Inoue, Peach’s representative director and CEO.

Meanwhile, the company is looking to expand its Airbus 320-200 fleet from its current 18 to 35 in 2020, mainly to serve business growth in Asia-Pacific, especially South-east Asia.

Inoue was tight-lipped about where Peach’s next destination in South-east Asia would be, but said the LCC was keen to use Japanese-style services to compete with incumbents like AirAsia X.

Peach uses Hana Airport in Okinawa as its secondary hub to expand business to South-east Asia, with other existing hubs being Kansai International Airport and Haneda Airport. It is scheduled to establish additional hubs at Sendai Airport in 2017 and Shin-Chitose Airport in 2018.