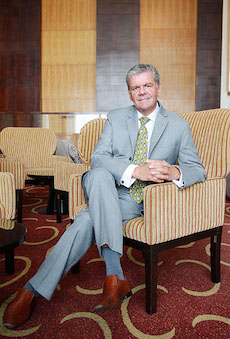 Veteran hotelier Chris Bailey has taken a new role as CEO of Royal Phuket Marina to spearhead its hospitality offerings and destination status.

He has over 12 years of experience at Centara Hotels and Resorts, most recently as COO, and oversaw the group’s expansion from eight to over 70 properties. Meanwhile, Royal Phuket Marina’s current managing director Michael Ayling will work alongside Bailey in a transitional role until March 31, 2017, after which Ayling will leave to pursue other interests.