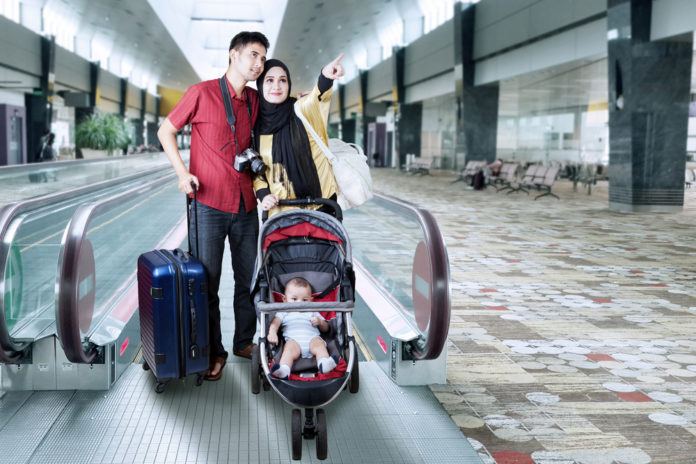 Muslim travel contributed over US$138 billion to global GDP in 2015 and accounts for more than 10 per cent of tourism spend worldwide, according to the inaugural Global Economic Impact of Muslim Tourism Report 2015 by Salam Standard.

“To put this into perspective, the GDP impact is larger than the entire economy of Morocco or Kuwait,” said the report’s author, Faeez Fadhlillah, co-founder and CEO of Salam Standard and sister firm, Tripfez.

The US and EU emerged as top beneficiaries of Muslim travel spending, netting nearly US$64 billion of inbound expenditure in 2015, or around 44 per cent of the total. They also collect the most Muslim tourist-related tax – to the tune of US$12.5 billion, according to the report.

In terms of tourism spend overseas, the Middle East leads the pack to account for 60 per cent of all outbound Muslim tourism expenditure, worth some US$60 billion. The region also accrues the largest share of their tourism GDP from Muslim travellers (28 per cent).

Asia and Europe are the second largest markets in terms of outbound Muslim travel expenditure, each generating around 20 per cent of total spend.

In terms of direct employment, Thailand is the largest beneficiary, with more than a quarter of a million jobs supported by the Muslim travel sector. And overall, Asia has more than 2.3 million people employed in this sector, surpassing other regions.

Looking ahead, Fadhlillah said: “The sector is expected to grow by 50 per cent in volume and 35 per cent in value over the next five years, but its potential is yet to be unlocked.

“We advise governments and tourism entities in key markets worldwide to put strategies in place that will foster the growth of their Muslim travel sectors and drive demand that will benefit their economies immeasurably.”

Salam Standard, launched in October last year, is an online reference tool for Muslim travellers that categorises hotels according to their adherence to Muslim-friendly standards.