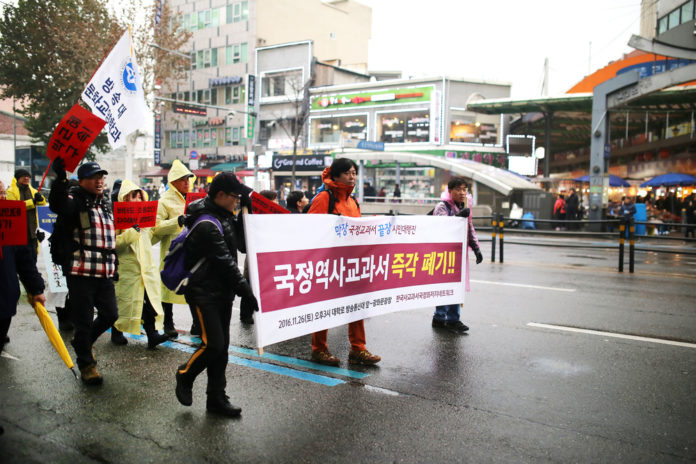 A group of South Koreans protesting on the streets in November, demanding President Park Geun-hye’s resignation

South Korea’s travel industry is largely unscathed by the political unrest that has gripped the country for the last two months, with some travel players even observing the spawn of a new tourist group keen to visit the rallies to mingle with the demonstrators.

“For now, there has been no impact at all,” Han Yeo-ok, general manager of the Korea Tourism Organisation’s Singapore office, told TTG Asia. “The events in Seoul have been very controlled and have only taken place in one part of the city centre on Saturday evenings.”

November and December are typically busy periods for visitors from South-east Asian nations, said Han, and the KTO is anticipating a record-breaking number of visitors to South Korea this year.

Min Woo, head of public relations at Hana Tour, said there was “some concern” in the early stages of the demonstrations against the administration of president Park Geun-hye. “But it has now become like a festival and many tourists are very keen to take part in it. There were fireworks last Saturday night because Park had been impeached on Friday.”

“Some hotels close to Gwanghwamun Square seem to be having even more guests visiting, but the general feeling is that there has been no significant difference because of these issues,” she said.