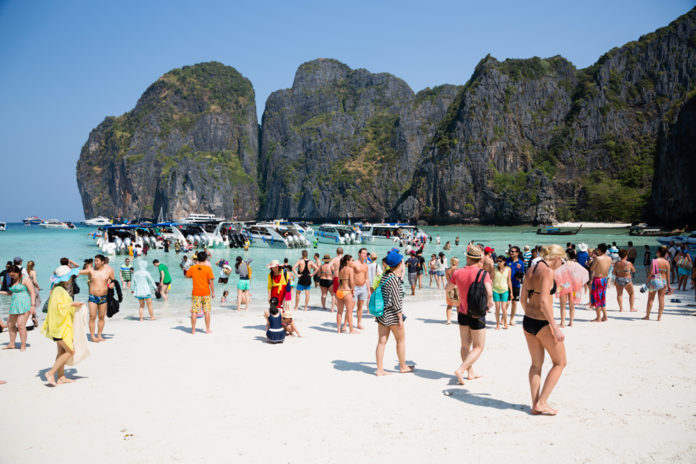 The Thai trade is raising expectations for the Russian tourist market this year, as the sector has shown strong signs of recovery following a stabilising rouble.

Pegas Select (Thailand), a major inbound tour operator in the Russian market, expects sales of Thailand tour packages to surge 25-50 per cent during the period from October 2016 to October 2017.

Nikorn Yatinunt, director and advisor of Pegas, said: “I believe the situation will be better in winter 2017. Thailand can beat Vietnam and become one of our clients’ two most popular destinations if the Thai government amends some regulations to facilitate tour business.”

At present, Pegas’ three most popular destinations are Turkey, Vietnam and Thailand respectively, a change from the previous order of Turkey, Egypt and Thailand, Nikorn shared.

Sathirapong Na Takuatoong, president of the Phuket Tourist Association (PTA), said the stabilising rouble exchange rate at around 60 rubles per US dollar since early this year has driven Russians’ confidence in travelling and spending.

Tanes Petsuwan, Tourism Authority of Thailand’s deputy governor for international markets, revised the projected arrivals of Russians upward from 1.1 million to 1.3 million in 2017, following the strong recovery of the market since August. Thailand is likely to receive at least 1.1 million Russian travellers in 2016, he said.

To keep up the momentum, TAT has joined hands with six major travel agents in the Russian market such as Pegas and Tez Tour for marketing promotions. The NTO is training its sights on Russia’s major cities such as Moscow, Saint Petersburg and Belarus to increase the number of FITs.