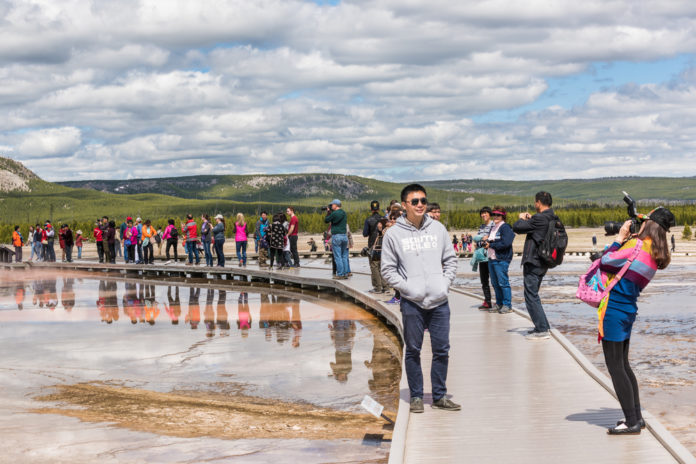 The surprise victory of US president-elect Donald Trump on Tuesday had unexpectedly strengthened the US dollar against a basket of currencies, including sending the Chinese renminbi down to a six-year low against the greenback a day after election results were out.

Immediate reactions garnered from travel trade players at CITM 2016 indicate some concern, but other factors, including a standing 10-year visa facility and increasing sophistication of Chinese travellers will more than offset the negative effects of a less favourable exchange rate.

“There will be some effects more or less (arising from the Trump win), but I don’t expect it to put a damper on business for the foreseeable future,” said Derek Liu, general manager, Joy-America International Travel, which operates tours for Chinese groups to national parks in the US.

“We are seeing our arrivals grow roughly 100 per cent year-on-year the last few years, and we expect the same going into 2017,” said Liu.

He cites the implementation of the 10-year US visa for Chinese travellers, which came into effect in 2014, as a reason for the continued arrivals surge. For him, tour groups still form the bulk of his business as trips to attractions such as Yellowstone National Park in Wyoming does require a fair bit of logistics planning to get to.

At the same time, Liu is launching new tours in Alaska at CITM this year, which he believes will appeal to small groups and FIT travellers. Many of his customers are repeats, he pointed out, as most want to fully utilise the 10-year visa they applied for.

Anna Zhang, China region general manager of travel agency Gogogous, is unfazed too about the rising US dollar. Besides highlighting the well-received 10-year visa facility, she also points to the continued legacy of the US as an aspirational destination.

According to her, Trump taking the presidential office is not going to deter Chinese travellers from making plans there. “Those who have already decided to have a holiday in the US are not going to change their plans because of this,” she said.

Zhang is also pushing more FIT packages at this year’s CITM in an attempt to cater to the increasing demand of repeat Chinese travellers to the US. Many have gone to the US before and may now want to manage their own travel itineraries at their own pace, she explained.