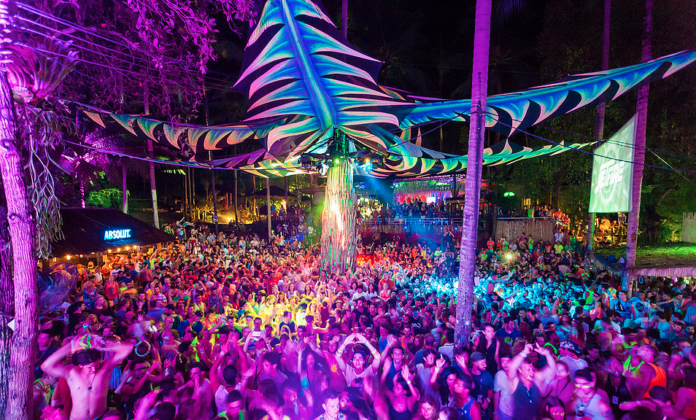 Although Thailand’s Full Moon Party and Halfmoon Festival will return next month, to be held on November 14 and 22 respectively, the atmosphere is unlikely to bounce back in time, according to the president of Phangan Hotels Association (PHA).

Thanyah Phoolsawad said that foreign travellers will still come but domestic tourists, which account for 30 per cent of total visitors to the events, won’t be in a party mood.

Each year, the number of visitors to the Full Moon Party was estimated at around 200,000 and 60,000 for the Halfmoon Festival. That generated tourism income of more than one billion baht (US$28.4 million) yearly for businesses in Koh Phangan.

“We want the government to clarify what we can do and what we cannot. They should promote the events overseas. For the Thai market, I think it must take a longer time for it to recover from the sorrow,” said Pi.