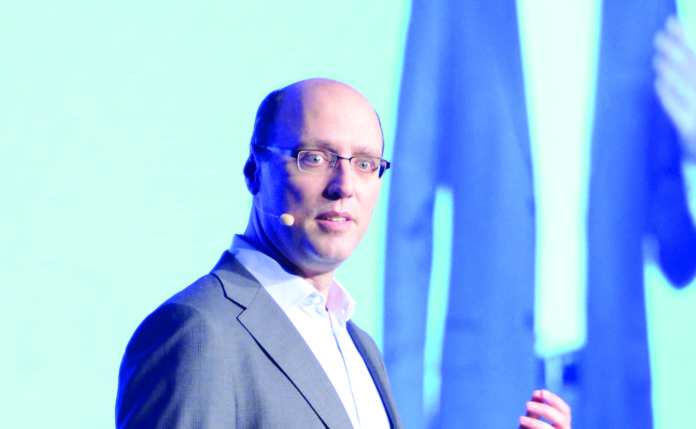 As Google expands its ever-increasing suite of travel products, the prospects of the Internet giant encroaching deeper into the online travel space has become a growing area of concern for industry players.

Google already boasts a bevy of travel products including metasearch tools Google Flights and Google Hotels, and most recently launched itinerary planning app Google Trips. It is now rolling out Google Assistant on Allo, its own chat app, and on its Google Pixel smartphones released earlier this week.

Observers think that the rising travel ambitions of Google will put it in direct competition with metasearch engines, which will be forced to transform in order to survive. OTAs, on the other hand, having spent billions of advertising dollars annually with Google and sell travel products, are less likely to have their positions jeopardised.

When asked what the near future holds for travel metasearchers during the WIT 2016 roundtable earlier this week, HotelsCombined CEO Hichame Assi said he would be watching Google closely to decide the next course of action while Qunar co-founder Fritz Demopoulos said he expects more vertical integration to happen until OTAs and metas become indistinguishable from each other.

This echoes the findings from a recent Amadeus-commissioned study by the London School of Economics and Political Science that cites this as the nascent beginning of the “mega meta-OTAs”.

These entities will come into existence as they are allowed greater negotiating power in relation with suppliers even as Google gains greater foothold in the industry.

Already, most major metasearchers are owned by OTA conglomerates such as Kayak under The Priceline Group, Qunar under Ctrip and Trivago under Expedia.

Holger Taubmann, senior vice president distribution at Amadeus, is expecting “rapid and large-scale changes” to take place in the mega meta-OTA scene, as the consumer expectations of a younger tech-savvy generation spill over into the travel distribution space.

This doesn’t mean Google is overtaking the entire travel booking chain. Guillaume de Marcillac, co-CEO of Fastbooking, which provides hotel channel management solutions, is convinced Google will come out a winner but will not become an OTA.

“What Google doesn’t have is the ability to source for suppliers in a highly fragmented market such as with independent hotels, which accounts for two-thirds of all hotel rooms,” he said. “What they love is to work with big OTA partners to simplify the connectivity.”

Fastbooking, which uses Google as one of its distribution partners, is seeing growth of Google Flights and Hotels “exploding” in the past 18 months, added Marcillac. “I can confirm Google is the fastest growing, but they also start from a lower base. Internationally, the biggest metasearcher for hotels in terms of absolute volume is still TripAdvisor.”

Google is currently in full product innovation mode, said Eric Zimmerman, director for Google Travel, during a Q&A session at WIT. He points to artificial intelligence technologies as trends that travel industry stakeholders should keep watch on and that will become a reality in a significant way in the near future.

Speaking to TTG Asia on the sidelines of ITB Asia, Jenn Villalobos, head of travel & hospitality Asia-Pacific at Google, states that it is not Google’s plan to become an online booking portal but a travel search player aimed at “levelling the playing field”.

Zimmerman also assuages worries brought up by OTAs, adding that Google is “very focused on a wide gamut of travel problems (but) we don’t want to be in the OTA business. There are many great OTAs and suppliers out there and we are not the right entity (to do that)”.

He reiterated that Google is only interested in the experience of consumers and will not bother about the backend of travel, the only caveat being “it’s very hard to predict the future”.