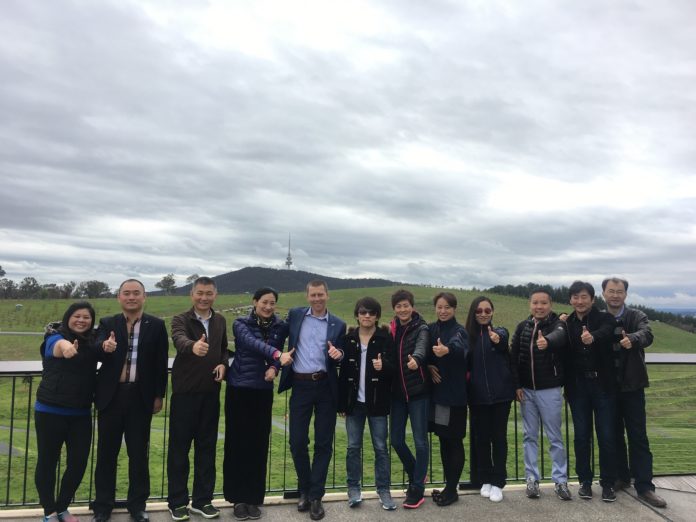 The group of nine incentive agents and media from Greater China were first-time visitors to Canberra, revealed Michael Matthews, chief executive of Canberra Convention Bureau.
The two-day programme showcased the city’s business events experiences and brought participants to National Arboretum Canberra, Pialligo Estate and Poachers Pantry for dining functions; Royal Australian Mint, Parliament House and Floriade for tours, and The Truffle Farm Canberra for a truffle hunt, among others.

Commenting on the experience, Ye Wei, general manager of Carissa MICE Service Co, China, found Canberra to be “more nature based than I thought it would be”.

In response, Matthew told TTGmice e-Weekly that Canberra offers “many unexpected and un-programmed pleasures”, as it is a “city set among nature”.

“Coming across kangaroos lazing in the sun, wild and colourful birdlife in the trees at every turn, strolls by Lake Burley Griffin, and sunset on the mountain range that surrounds our city were memorable for the agents. What I think surprises many is our proximity to the South Coast beaches and also the Snowy Mountains. Canberra as a base for these destinations mean you can climb to the top of Australia and watch whales on turquoise coastal waters later , all in the same day,” he said.

Due to time constraints, the programme called at only “a fraction of all the possible venues available”.

“We would have liked to (showcase) the region more fully, including our many wineries, and the coast and mountains. If we had more time we would have also shown more of the quality hotel stock and the many unique venues (for) large groups at our national institutions,” he added.

More opportunities to tell the Canberra MICE story will come for the bureau, as Matthews pointed out that last week’s familiarisation trip “will be the first of… future visits in partnership with Tourism Australia and Singapore Airlines”.