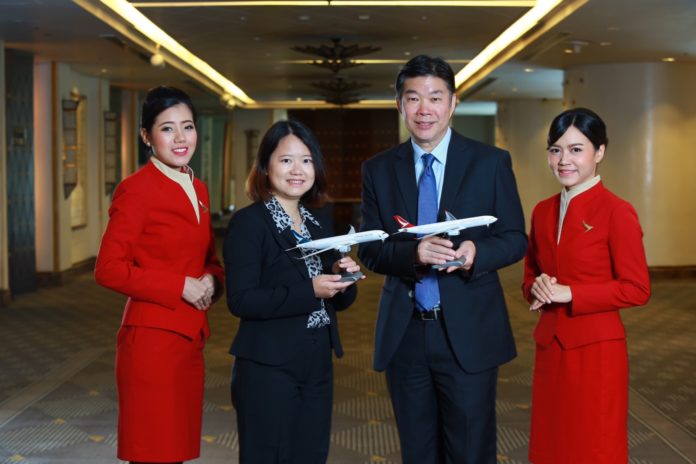 LOWER 1H2016 revenue has turned Cathay Pacific’s sights towards the leisure market to better deal with business challenges expected for the rest of the year.

Yongyut Lujintanon, the airline’s sales and marketing manager for Thailand and Myanmar, said corporate clients significantly dropped in the first half of the year due to global economic downturns.

Yongyut said that while the proportion of leisure and business travellers were somewhat even previously, lower corporate demand means the airline needs to make up for the difference through the leisure market.

In Thailand, an important market for Cathay, the carrier has made airfares more attractive in a bid to boost demand, said Agatha Lee, manager of Cathay Pacific for Thailand. The airline is offering fares starting from 4,700 baht (US$135) for a Bangkok-Hong Kong flight.

Apart from pricing, the firm has invested in new technology, aircraft and services to meet demand of clients and to compete with rivals.

Delivery of the first of 22 Airbus A350-900 aircraft arrived in May and the airline will take delivery of a total of 48 A350 XWB aircraft by 2020. With this, it hopes to grow its network of routes and increase flight frequencies to popular destinations in North America such as Boston and Vancouver.

Cathay also recently opened new lounges in Bangkok, Tokyo, Manila, Taipei and Vancouver and a rebrand of its subsidiary airline Dragonair into Cathay Dragon to better target Chinese passengers is set to commence in November.