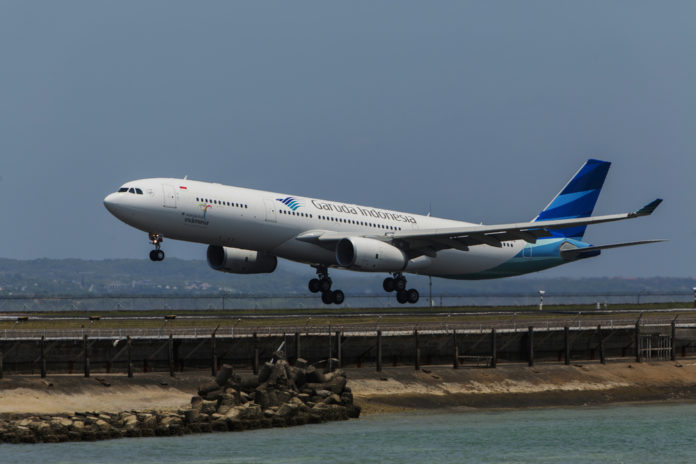 INDONESIA’s national carrier is planning to re-launch flights to the US via a transit in Japan after a safety ban imposed by the US Federal Aviation Administration (FAA) lasting nearly a decade was lifted in August.

Garuda Indonesia is hoping to begin operations as soon as next year, pending preparatory work and a transit permit approval from Japan.

“Our plan to re-operate the US flight service is expected to strengthen Garuda’s position as a global aviation player, (especially now) with the upgraded rating from FAA which recognises Indonesia’s aviation safety and security standard,” said Benny Butarbutar, vice president of corporate communications at Garuda Indonesia.

He added that a Boeing 777-300ER will likely ply the route and transit at Narita International Airport before heading to the city of Los Angeles or New York, the two cities Garuda regards as having the highest market potential.

Japan currently grants fifth freedom rights to Indonesian carriers, which allows Garuda to pick up passengers in Japan before flying to the US.

Since 2014, Garuda has served Indonesian travellers flying to the US via a codeshare agreement with Delta Airlines.

Delta flies to Los Angeles and Seattle from Haneda Airport and is a member of the SkyTeam airline alliance, the same as Garuda.