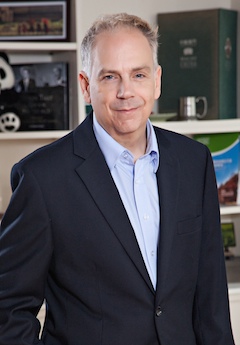 PATA may be a grand 65 years old this year, but the association is eager to put youth at the core of its engagement efforts in the coming months.

“The introduction of the YTP category is something that has been discussed for quite some time,” said Mario Hardy, CEO of PATA. “We have identified a gap in the industry – young tourism professionals wish to have a voice and with the introduction of this new category they will.”

He added: “The challenge was that we didn’t have the necessary CRM in place to allow online registration. This is being developed and will be ready later this year.”

Open to tourism practitioners aged between 16-35 years old, the YTP membership will provide a platform for professional development, knowledge sharing and networking opportunities with industry leaders. The annual membership fee is US$50.

This youth focus aligns with the UN General Assembly’s declaring 2017 as the International Year of Sustainable Tourism for Development, and will see PATA developing a blueprint for youth-oriented activities throughout the year in order to develop and implement effective training platforms for YTPs’ career progression and skills enhancement.

Playing a key role in PATA’s commitment and advocacy for YTP will be the 63 educational institution members across 25 countries and the 15 PATA Student Chapters comprising more than 700 members, providing “important grassroot links to the world of academia and tomorrow’s tourism leaders”, stated Hardy.

“We had one new student chapter set up earlier this year in the Philippines at Far Eastern University,” he shared.

Expanding membership is key to PATA’s growth, as the association welcomed 178 new members in 2015 and expects an even bigger figure to join this year.

Hardy told TTG Asia: “The growth primarily came from our Industry Category of membership, with many tour operators, travel agencies and travel technology companies joining to increase their knowledge and reach in Asia.”

The rising global interest in Asian outbound travel has enabled PATA to spread its wings farther to Macedonia, Abu Dhabi, Ras Al Khaimah, Zimbabwe and several provinces in China earlier this year, in addition to the Balkans – Slovenia, Serbia and Montenegro – in 2015.

Under Hardy’s helm, PATA’s thought leadership has evolved to place a greater emphasis on lesser-known destinations, with Legazpi in the Philippines’ Albay Province and Thailand’s Chiang Rai selected to host the PATA New Tourism Frontiers Forum (NTFF) and the Adventure Travel and Responsible Tourism Conference and Mart respectively earlier this year, while the upcoming NTFF in Cox’s Bazaar, Bangladesh in November.

“We sincerely believe that the best way for our industry to experience a lesser-known destination isn’t in a conference room talking about it, but to be in the field exploring it,” Hardy remarked.