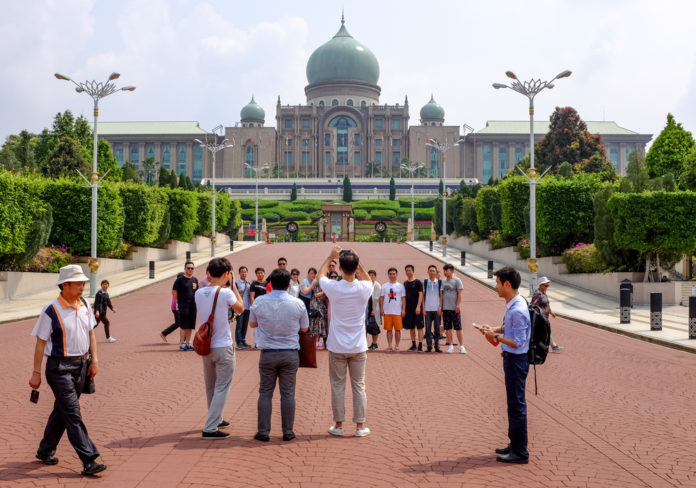 Group of Chinese tourists taking photographs in front of the prime minister’s office in Putrajaya, Malaysia

TWO years after the disappearance of Malaysia Airlines flight MH370 in March 2014, the inbound Chinese market to Malaysia is finally showing strong signs of recovery, with 1H2016 recording a 32.1 per cent year-on-year growth in Chinese arrivals.

Mint Leong, deputy president 2 at Malaysian Inbound Tourism Association (MITA), said the market has returned to the levels of three to four years ago, crediting the combined efforts of Tourism Malaysia and the private sector to shore up Chinese arrivals following the MH370 incident.

“The recovery of Malaysia as well as the marketing efforts from players from all three countries (Malaysia, Singapore and Thailand) have helped the promotions of group series tours,” said Leong, who recorded a 60 per cent year-on-year surge in demand for series combinations in 1H2016.

Likewise, Jason Ow Yeang, managing director of Columbia Leisure, has seen a 40 per cent hike for both Chinese group series tours combining Thailand, Singapore and Malaysia as well as Singapore-Malaysia tours in 1H2016.

He said: “These series tours in South-east Asia are very popular, especially for first timers from China travelling abroad for the first time.”

Chinese demand for group series tours to Malaysia was so overwhelming at the start of the summer holidays in July that MITA had to request for temporary Mandarin-speaking tour guide licences from the Ministry of Tourism and Culture.

The government approved 50 temporary licences from August 5 to October 15, the first time that has happened since the MH370 incident.

Strong growth from China is expected to continue for the rest of the year, especially as the new e-visa facility – reducing the visa application time from one week to one working day – launched in March this year has boosted Chinese outbound interest to Malaysia.

The e-visa facility has led to a 10 per cent uptick in group and FIT travel to Malaysia for the March-August 2016 period, Benjamin LP Yip, general manager for inbound and outbound at CITS Guangdong, told TTG Asia e-Daily.

Forward bookings to Malaysia for the upcoming Golden Week Holidays in October are also looking strong, he added.