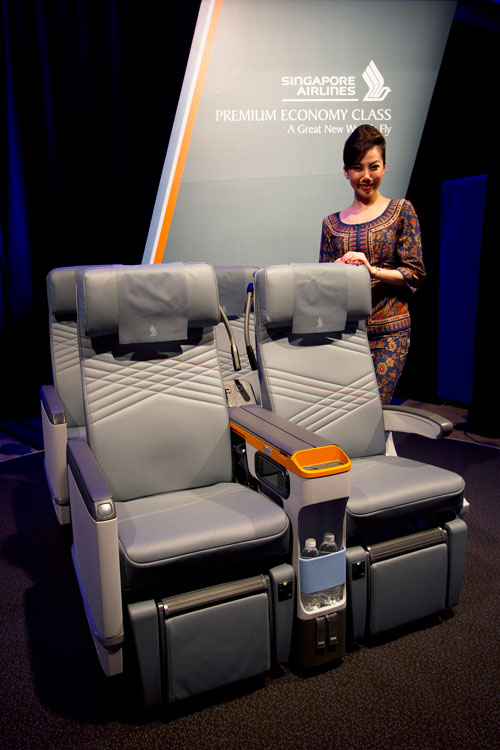 The winds are changing for premium economy class, thanks to a more segmented corporate travel market and the emergence of sophisticated leisure travellers in Asia.

Before, air travel was just two classes, first and economy. A move by KLM in 1976 to provide a cabin for economy class passengers who bought full fare tickets evolved into what is today’s business class. In 1991, EVA Air, a little known two-year-old airline then, made the bold move to introduce premium economy (PEY), which it marketed as Elite Class. Virgin Atlantic Airways followed suit a year later. For more than a decade, PEY plodded along but failed to gain the acceptance of flyers and airlines.

Abacus International’s vice president airline distribution, Ho Hoong Mau, recalled: “It was a tough sell for the early trailblazers as not many members of the trade and public bought into the idea of paying more for better economy class.” In the last decade, however, more airlines had jumped on the bandwagon while PEY is seeing a resurgence today, with Singapore Airlines (SIA) and Lufthansa as the latest carriers to offer the product. They join other airlines in Asia-Pacific that offer PEY, including Cathay Pacific, Japan Airlines, All Nippon Airways, China Airlines, China Southern, Philippine Airlines, Air New Zealand and Qantas Airways.

It’s not difficult to see why. Said Ho: “From our figures last year, the extra personal space at a higher price was already accounting for seven per cent of the ticket volumes…The full service airlines are now telling us these seats are a sell-out.”

Shukor Yusof, founder of Endau Analytics, added: “More people are able to fly now than 25 years ago due to the advent of LCCs. And more people have the purchasing power today than in the 90s.”

The need to clearly differentiate PEY from business class and the concern it may cannibalise the client base in business class have made the bean-counters at many airlines think twice about offering the service. Nicholas Ionides, SIA’s vice president public affairs, said SIA had studied premium economy several times over the years and determined it was the right time to have it now.

SIA’s executive vice president commercial, Mak Swee Wah, explained: “The time is now right and the risk of cannibalisation of the business class is lower. The market is now more segmented; the corporate travel segment is no longer homogenous and there is the emergence of a premium leisure travel segment.”

SIA briefly offered PEY onboard its Airbus A340-500 ultra-longhaul nonstop service to Los Angeles and New York between 2004 and 2008. This ended when the airline converted these airplanes into an all-business class configuration.

Starting August 9, SIA will operate a service to Sydney using a Boeing B777-300ER and, as more aircraft are re-configured, PEY will be rolled out across its network to include Auckland, Beijing, Delhi, Dubai, Hong Kong, Frankfurt, London, Manchester, Mumbai, Munich, New York, Paris, San Francisco, Seoul, Shanghai, Tokyo and Zurich (see box on the right).

Another PEY newcomer, Lufthansa, initially offered the service onboard its newly delivered fleet of B747-8 Intercontinental to various destinations including Bengaluru, Beijing, Hong Kong, Seoul and Tokyo. In January, reconfigured A340-600s were deployed to Hong Kong, Shanghai, Seoul and Tokyo and in mid-April, the first batch of A380s that had been similarly reconfigured were deployed to Delhi, Shanghai and Singapore.

The travel trade is bullish about the viability of PEY and dispelled notions that business class bookings could be cannibalised. Dynasty Travel’s director of marketing & communications, Alicia Seah, said: “Leisure travellers nowadays do not mind paying slightly more to enjoy the extra privileges and comfort.”

Wee Hee Ling, CEO of MISA Travel, added: “Most of the corporate clients are supportive of the introduction of PEY. Most business class travellers would not downgrade their cabins when on business trips. We should expect more companies to move their executives from economy to PEY. Leisure travellers may also choose to fly on PEY which offers more space, comfort and convenience.”

Abacus’ Ho said PEY does soften the blow for executives whose companies have downgraded travel policies to save on the cost of business class travel. “However, we’ve also got lots of examples of economy class corporate travellers who are now enjoying the better premium economy option,” he pointed out.

“There is a lot more to PEY than just adding legroom and improving the food. It is all in the execution. With a total PEY proposition (space, seat pitch, touch-screen TV, power, even lounge access at a price – see chart), the comfort experienced by travellers is very clear and easy for them to appreciate,” he said.

Travel agencies are identifying their target markets for PEY.

Said Wee: “Executives and managers travelling in economy class are prime targets for upselling to PEY. Select leisure travellers who are willing to pay 10 to 20 per cent more for premium check-in, customised seats with more legroom, extra baggage allowance and premium meals are also potential targets.”

Seah identifies two distinct segments, older travellers aged 55 years and above who want extra leg room, and younger couples who are willing to splurge a little more to enjoy the extra privileges. While both agree that corporate travel offers tremendous scope for upselling, Wee cautioned that “there are definite risks as the company’s travel policy governs the travel entitlement which may cause either downgrading of cabin type from business to PEY or upgrading of economy to PEY class cabins.” She noted that many companies’ travel policies allow for business class when the flight is longer than four hours and believes this will not change.“But they may instead consider offering premium class for shorter routes to their personnel.” This may prove to be money well spent as many executives are time-constrained and need to arrive at the destination ready to dive straight into work and meetings.

Shukor added that tall or bigger passengers travelling longhaul will also find PEY more attractive. He said: “Mid-level business executives who seek more comfort and prefer to do some work during flight are also likely customers.”

Ho advised: “Carriers and corporate travel agencies should educate companies more on the benefits of PEY to get the new class written into more corporate travel policies.” On its part, Abacus ensures that the PEY service of partner carriers is distributed across all its platforms. It also organises joint education seminars during new route launches and pushes the new PEY products through its proprietary media channels.

Airlines are proactive in engaging travel consultants in PEY familiarisation conducting in-house training on upselling from economy class. Seah said many agencies and travellers are aware of EVA Air’s PEY product “but for the other carriers, there is still a learning journey for most of us”.

For those still wondering if business class travellers might downgrade to PEY, Ho has the last word: “Premium economy is economy plus, not business class minus.” After two years in the making, SIA launched its PEY product recently and, at a cost of US$80 million, is guaranteed to make earlier PEY players sit up.

Entering the arena 24 years after PEY was first introduced by EVA Air, SIA had the opportunity to study its competitors’ product and address the needs of its customers based on feedback collated. The 13.3 inch inflight entertainment screen is the largest in its class. Like its competitors, priority check-in and baggage handling are offered but SIA has increased its baggage allowance to 35kg. Unsurprisingly, it is in the meal service where SIA has upped the ante in PEY class. Onboard, passengers can choose from three entrees. But if done online and at least 24 hours prior to their flights, they can choose from up to nine Asian and international entrees using the Premium Economy Book the Cook service. Champagne throughout the flight and curated wines complete the dining experience. A bigger pillow and softer blanket along with an amenity pouch (of two special designs marking Singapore’s 50th year of independence) are added touches.

The first aircraft, a B777-300ER, is being retrofitted and the maiden PEY flight will take off on August 9 to Sydney. This will shortly be followed by London and Hong Kong. SIA’s executive vice president commercial, Mak Swee Wah, said Sydney and London were logical first choices as the PEY product is optimised for longhaul travel.

SIA’s PEY cabin onboard the A380 will have 36 seats where there were previously 66 economy class seats. With this additional class, the seat density onboard its A380s will be reduced to 441 (and 379 for the A380s with an exclusive business class upper deck).

From January 2016, the first of 20 four-class A350-900 XWBs being delivered to SIA will also have a PEY cabin and Mak disclosed that depending on the demand, subsequent aircraft in SIA’s order for 77 A350s could have an expanded or reduced PEY seat count.

This article was first published in TTG Asia, June 19, 2015 issue, on page 18. To read more, please view our digital edition or click here to subscribe.