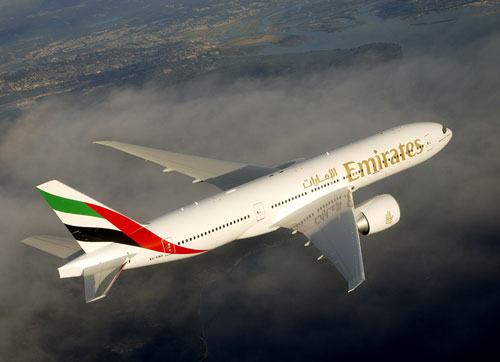 With bigger aircraft coming into service over the next year, the much-feared ME3 airlines are using the chance to enlarge their network and enhance their product. Sim Kok Chwee looks at the trio, plus an up-and-coming competitor

Airlines from the Middle East have enjoyed a growth trajectory that is already stellar by historical standards but to the dismay of their counterparts from other parts of the world, there will be no let-up. On the contrary, the competition posed by carriers from the Middle East looks set to grow.

From orders placed in recent years, these carriers are receiving bigger and ever more fuel-efficient airplanes that further improve the bottom line and passenger appeal. The much-feared ME3 – Emirates, Etihad Airways and Qatar Airways – may just be joined by Turkish Airlines, which similarly aspires to ambitions equal to that already achieved by the trio.

In addition to growing organically through fleet and network additions, each of the four carriers has embarked on its own strategy. Two of these – Qatar Airways and Turkish Airlines – have decided to join global alliances, while Emirates has secured a strategic alliance with Qantas Airways to make it the midpoint on the Kangaroo Route, replacing Singapore, Hong Kong and Bangkok. Etihad Airways takes a completely different tack, electing instead to acquire a whole slew of airlines as well as inch closer to SkyTeam carriers. Being the powerhouse of the Middle East, Emirates has sent more than ripples across the oceans of the world. Its growth is phenomenal and is perhaps adequately illustrated by the number it carries.

Emirates has now received more than 50 of the 150 A380s it has ordered, making it the largest A380 operator by a long shot. It is therefore no surprise that the airline opened an A380 hub at Dubai International Airport in January 2013 to facilitate the massive waves of connections. Costing US$3.3 billion, the hub has 20 A380 gates with 13 remote stands. This terminal alone has the capacity to handle 15 million passengers annually and comes complete with 202 rooms of four- and five-star standards.

The airline had to temporarily reduced the size of its operation this April and May while maintenance works were carried out at its home base. However, since then expansion of capacity has resumed, with more to come:
• Deployment of A380 to Frankfurt from September 1
• Second daily A380 service to Mauritius starting October 26 – replaces the B777-300ER
• Dubai-Dar es Salaam, Tanzania from 7 to 12 weekly starting October 26
• Dubai-Rome adds a third daily service from October 26
• Dubai-Johannesburg from 3 to 4 daily from October 26
• Dubai-Budapest new daily service from October 27
• From December 1, service to Bahrain from 3 to 4 daily, Doha from 6 to 7 daily, Kuwait City from 5 to 6 daily and Muscat from 2 to 3 daily
• Expansion of A380 services to San Francisco (December 1) and Houston (December 3)
• Deployment of bigger B777-300ER on daily Dubai-Brussels starting February 1, 2015 – replaces B777-200LR

Asian footprint
For its size, it is surprising that Emirates is not serving more Chinese destinations. It currently operates to Beijing, Shanghai, Guangzhou and Hong Kong, but in south Asia, it operates to 10 cities in India, five cities in Pakistan as well as Dhaka, Colombo and Male. Clearly India and South Asia are an important market for Emirates, with huge numbers travelling via Dubai to Europe and North America. Australia and New Zealand also represent a key market that Emirates has successfully tapped into with the Qantas alliance.

Where its coverage in South-east Asia is limited to just seven cities, it makes up with high frequencies to cities such as Bangkok, Kuala Lumpur and Singapore. With more A380s and B777-300ERs being delivered, China will probably feature more strongly. Long viewed as the other carrier from the United Arab Emirates (UAE), Etihad Airways is beginning to assert its position as UAE’s national carrier. As is the business model for each of the ME3, Etihad is riding on connections across the world with Abu Dhabi as its hub. As such, many of its passengers arriving in Abu Dhabi connect onto flights fanning out across the Middle East, Europe, Africa and the east coast of North America.

Like Qatar Airways, Etihad is also a late operator of the A380, but the carrier has utilised this advantage to push the innovation boundary in conceptualising its premium class product onboard. The delivery of its first Airbus A380 in the final quarter of 2014 will facilitate its deployment on one of the three daily services to London-Heathrow. By March 1, 2015, the A380 will also be deployed on a second daily service to London-Heathrow and by May 2015, all three services will be operated by the A380. On June 1, 2015, the A380 will head in the opposite direction to Sydney, thus offering a homogenous A380 product along the entire Kangaroo Route.

Etihad is also close to receiving its first B787-9 Dreamliner, which will be deployed next year to destinations including Dusseldorf, Moscow, Brisbane, Mumbai and Washington DC.

The induction of these two types has allowed Etihad to up the ante in the premium class arena, especially with the A380 where the airline will have four classes. In the uber-luxurious segment, Etihad has unveiled The Residence, promising a VIP travel concierge service from the moment a booking is made. Up to two travellers will have a living room, a separate bedroom and an ensuite bathroom – touted as the only three-room suite in the sky. For first class, Etihad’s answer on the A380 is the First Apartment – besides the amenities one finds in a suite, it also features a wardrobe and a bathroom complete with shower facilities.

On the B787-9, the First Suite will offer privacy with ambient lighting, a personal wardrobe, a chilled drinks cabinet and space to entertain another guest.

On both the A380 and B787-9, Etihad will also have the Business Studio, which converts into a fully flat bed of up to 80.5 inches. Every one of these studios will have aisle access.

Complementing these hardware upgrades, Etihad’s home hub, Abu Dhabi Airport, is also constructing a mid-field terminal that will be completed in 2017.

Etihad has also actively pursued codeshare arrangements with various carriers, and some of the more recent partners include Philippine Airlines and Air Malta (July) and Gol – a carrier from Brazil (September). It has also formed strong codeshare bonds with SkyTeam members such as KLM, Air France and Garuda Indonesia.

Asian footprint
Etihad currently serves Asian markets stretching from Kazakhstan to South Korea and New Zealand and unlike its fellow ME3 carriers, key markets are China, North Asia, Australia/New Zealand and South-east and South Asia. These markets offer connecting traffic to Europe, Africa and the Americas. Almost 21 and certainly coming of age, Qatar Airways continues to solidify its position as a pre-eminent Middle Eastern carrier. Having received the first of 10 Airbus A380s on order on September 17, Qatar Airways has set October 10 for its inaugural deployment of the A380 to London-Heathrow, with a second daily deployment scheduled to begin on December 1. Paris too will be served with the A380 on a daily basis starting November 1. By end-2014, Qatar Airways will have received four A380s and is also expected to become the first airline to receive and operate the Airbus A350-900XWB.

On its newly introduced Airbus A380s, Qatar Airways will have three classes with a total seat count of 517. Both premium class cabins are located on the upper deck of the A380, as is a private lounge and a small section for economy class. The main deck is completely configured for economy class.

Going forward, Qatar Airways is planning what it described as a substantial revolution in the business class cabin.

Chief executive Akbar Al Baker promised it will be a “first class product sold as business class”, but reveals nothing of its form and flavour. This move is not surprising given that the airline is following a worldwide trend to reduce first class service. It is also steering clear of another trend towards premium economy class, considering its new economy class product equal to premium economy, “but at a cheaper price”.

In the race to end-2014, Qatar Airways will be adding two new destinations, beginning with a daily non-stop flight from Doha to Phuket operating an A330-200 from October 26. This will be followed by a twice-weekly A320 service to Asmara in Eritrea. It will also return to the Doha-Denpasar route with a daily non-stop service using the B787-8 – this service was previously operated via Singapore.

Capacity growth is also planned for the following routes:
• B787-8 replaces the A320 on daily flights to Vienna starting September 1
• Doha-Bucharest-Sofia from 5 weekly to daily starting October 1
• Doha-Dubai from 13 to 14 daily and Doha-Dubai Al Maktoum from 3 to 4 daily, both starting October 26
• Deployment of a B787-8 to Moscow on a daily basis starting November 1, replacing the A320 on one of two daily services
• Madrid will be served 10 times weekly starting November 16, up from a daily frequency
• A fifth weekly flight to Miami will be added starting November 17
• An additional frequency will be added each week to Nairobi starting November 20
• For the month of November, one of two daily flights to Frankfurt will be operated with the higher capacity B777-300ER instead of the B787-8
• Fourth daily service to Bangkok will be reinstated starting December 16

As a significant portion of passengers arriving into Doha connect to another flight within a short span of time, the airline’s value proposition has become more attractive since April when it moved to the newly opened Hamad International Airport. Although it will initially have the capacity to handle 29 million passengers annually (thrice the designed capacity at the former Doha International Airport), plans are in place to boost this to 50 million passengers per year, with potential for further growth that could place it second only to Dubai Al Maktoum Airport.

Asian footprint
China, Japan and Australia and South and South-east Asia are key markets, with much of its traffic connecting to Europe, the Middle East, Africa and even the east coast of North America. The airline is also strongly promoting connections to Sao Paulo in Brazil. As is the case of most carriers operating to Asia, China remains the market with the greatest promise. Australia too holds promise, but it is a destination that has seen a glut of international capacity. Chinese carriers are increasingly making inroads into this market and pitching themselves as a cheaper alternative from Australia to the rest of Asia and Europe. The success of the ME3 carriers inevitably leads others to emulate their success. Interestingly, a dark horse has emerged in the form of Turkish Airlines whose home base interestingly straddles two continents – Europe and Asia. A Star Alliance member, Turkish Airlines has inked a number of codeshare agreements including those with fellow members, LOT Polish Airlines and Singapore Airlines.

It plans to increase its fleet from 267 aircraft in April 2014 to 450 in 2023. In 2013, Turkish Airlines’ operating revenue hit US$9.8 billion – a strong 19 per cent year on year. The airline expects this to grow 17 per cent to US$11.4 billion in 2014. Fuelling such lofty growth ambition is the development of a new international airport in Istanbul slated for completion in 2019. The airport will cost a whopping US$35 billion and be able to handle 150 million passengers annually.

Asian footprint
Turkish Airlines has a fairly even spread of destinations in North, South-east and South Asia, but its Asian network currently ends with Jakarta as its southern-most point. Australia and New Zealand are mostly served via its strong codeshare agreement with Singapore Airlines, but signs are evident that the airline has Sydney on its radar.

This article was first published in TTG Asia, October 10, 2014 issue, on page 12. To read more, please view our digital edition or click here to subscribe.