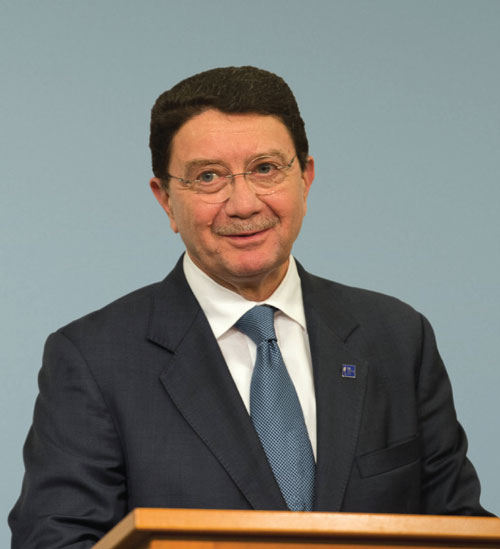 PEEK INTO THE FUTURE: In this section, Raini Hamdi asks industry leaders to pen their thoughts on what the future will bring. Here is Taleb Rifai, secretary-general, World Tourism Organization (UNWTO), rounds off with harnessing the power of tourism On a riverboat sailing along a quiet stretch of the Trang An river in rural Vietnam, I had the privilege of speaking with the lady who was paddling our group through the winding waters. She told us that she was part of a group of women who had created a local community business of taking tourists on river tours.

“Before, when I did not row the boat for tourists, my income was mainly from rice paddies,” she said. “This work gave my family a more prosperous life than before. I saved money to build my house.”

That was just one of the many profound experiences I have had travelling around the world while witnessing how tourism can change people’s lives.

Many times when we think of tourism, we think of the pretty veneer of tropical beaches and famous landmarks. What we don´t usually see are the millions of people behind tourism, whose lives depend on this global sector that moves over a billion people around the world each year.

In just six decades, tourism has seen a dramatic rise in breadth and scope. Back in the ‘50s, a mere 25 million people travelled the globe, mainly to and from the traditional destinations of Europe and North America. In 2013, the number of international tourists surged ahead and hit 1,087 million, with emerging economies increasingly capturing the imaginations of travellers.

Today, tourism is one of the biggest and fastest-growing economic sectors in both emerging and developed countries, accounting for nine per cent of the global GDP, 30 per cent of total services exports and employing one in 11 people across the globe.

But this is only the tip of the iceberg. The deeper significance of tourism´s continued expansion is its extraordinary ability to propel inclusive socio-economic development, create millions of jobs, empower communities, raise awareness of environmental preservation and spark global interactions that foster multicultural respect and understanding.

The transformative impacts of tourism are countless, yet they do not come free of challenges and complexities. For such positive benefits to be realised, we must ask ourselves: How can we ensure the continued growth of the tourism sector while safeguarding our precious resources? How do we guarantee that tourism’s benefits trickle down to the host communities in a fair and equitable way? And how do we make tourism accessible to all?

Answering these questions and ensuring that sustainability is at the core of tourism development is central and requires a concerted and cohesive effort of all tourism stakeholders – embracing the public and private sectors, civil society and, of course, tourists themselves, as transforming tourism’s growth into the global phenomenon that it is today challenges us to answer our higher call as global citizens.

This article was first published in TTG Asia, August 8, 2014 issue, on page 10. To read more, please view our digital edition or click here to subscribe.