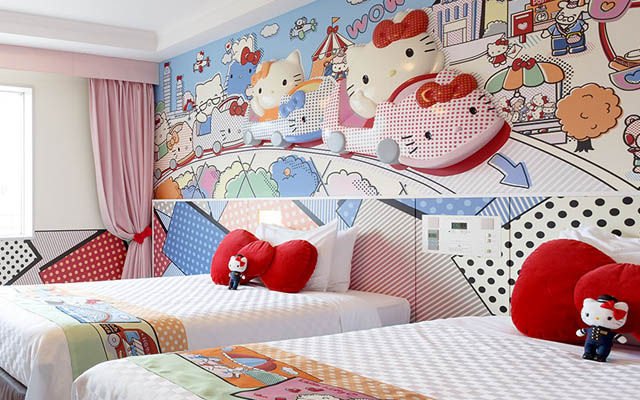 It will take over from the success of similar themed rooms at Keio Plaza Hotel Tama, which had been popular since opening in 2014 but has since ceased operations on January 15.

With a total of four new theme rooms, there will be two rooms in each theme and even the introduction of two new characters: New Princess Kitty and Princess Kitty, exclusively designed for Keio Plaza Hotel Hachioji. The rooms will present the character’s concept and are facilitated with a space that is a little higher than the floor, one of the Japanese traditional architectural styles.

The hotel will work with the local community for the opening of the new themed rooms, and hopes to attract Sanrio character fans from all around the world.