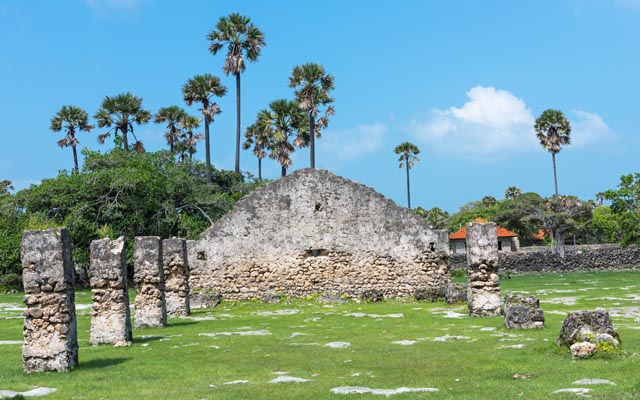 Sri Lanka is setting up a new authority to develop a string of small islands across its shores into tourist resorts, modelled on the success of tourism in neighbouring Maldives.

The move comes amid the struggle by the country to regain its tourism potential after a series of setbacks precipitated by the Easter Sunday terror attacks in 2019, the Covid-19 pandemic year-long closure of the airport, an acute shortage of foreign currency and an economic crisis triggering protests across the country which thwarted tourists from visiting Sri Lanka.

Arrivals have fallen to record lows from the peak in 2018. Arrivals totalled 526,232 in January-September this year compared to 1.7 million in the same 2018 period. The main source markets this year were India, the UK, Australia, Germany and Russia. Sri Lanka is aiming to attract one million arrivals this year.

Urban development minister Prasanna Ranatunga said the government will soon set up the Sri Lanka Islands Development Authority to harness maximum benefits of more than 60 small islands around the country, developing these as tourist destinations. A cabinet paper for this purpose will be submitted to the cabinet of ministers soon.

The country has missed opportunities on a number of occasions due to inappropriate economic policies, continuous political violence including insurgency, North East war, Easter Sunday bomb attacks and, the recent economic upheaval and protests. The present administration has to leapfrog in terms of tourism development to secure much needed foreign exchange for the country, said Ranatunga, a former tourism minister.

Tourism with earnings of US$4 billion in 2018 was a top foreign exchange earner for the country along with remittances from migrant workers and apparel exports.

Hoteliers welcomed the move but said it would depend on what extent the government would prepare the infrastructure and other groundwork.

“There is immense potential for tourism on small islands,” said Hiran Cooray, chairman of Jetwing Symphony hotels and a former chairman of the Tourist Hotels Association. He referred in particular to Delft island off the northern coast which has one of the best beaches in the country.

However, he pointed out that the infrastructure needs to be in place before attracting investors.

The Maldives is one of the biggest success stories in the world where about 200 resorts have been established on its islands under a one-island-one-resort concept.