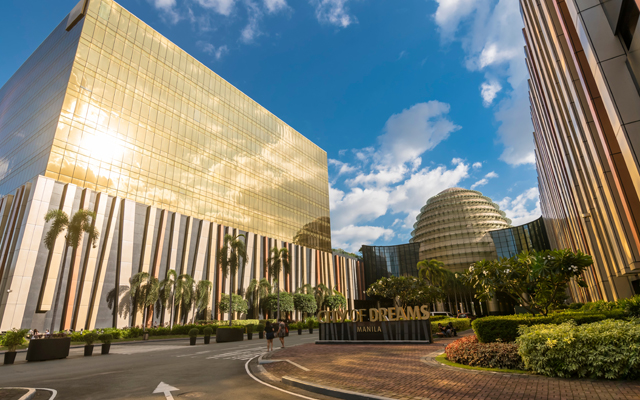 As integrated resorts (IR) continue to sprout in the Philippines, questions about their integration into the country’s destination management and tourism products have surfaced.

At the Philippine Congress hearing in August on the Department of Tourism’s (DOT) 2023 budget, representative Paul Daza asked whether there should be “some sort of convergence” and “a common ground” between DOT and IR regulator Philippine Amusement and Gaming Corp. (Pagcor).

Tourism secretary Christina Garcia Frasco explained that “gaming was not part of DOT’s tourism product portfolio” hence the absence of statistics on their contributions to foreign arrivals and foreign exchange receipts. However, she acknowledged that “we cannot be opposed to collaborate with Pagcor for public-private sector partnership on the accommodation aspect of gaming”.

The Philippines is second only to Macau in having the most number of IRs in Asia. Even Macau operators and suppliers are looking into the Philippines.

C9 Hotelworks managing director, Bill Barnett, told TTG Asia: “The pandemic is just an accelerator of what was going to happen anyway, and Macau operators were already looking afield to new markets. Asia has been fragmented on gaming – Cambodia, Vietnam, and now Thailand are looking to possibly allow casinos. The growth denominator for gaming is new markets and Macau has been looking abroad for some time.”

The owner of Solaire is also building a five-star hotel with gaming operations in Quezon City, and there are plans to build an IR in Cavite.

Hann Resorts and Casino is expanding in Clark while the first IR outside Luzon – NUSTAR Resort and Casino in Kawit Island in Cebu – has soft opened.

An IR approved for Mactan, Cebu has delayed construction while an IR in Boracay is said to push through despite huge protests from various quarters when it was broached several years ago.

Integrating IRs into destination development and management should come in handy for Boracay. However, Barnett spoke against gaming “on one of the world’s greatest beaches and destinations”.

“It’s a shame and longer term, the destination will lose much of its DNA to Palawan, Bohol and elsewhere,” he remarked.

As well, Barnett frowned on IRs building more hotel rooms as a pre-requisite to get more gaming tables. “It won’t end well as there has to be other demand generators,” he opined.

While IRs in metro Manila have helped improve infrastructure and produced jobs, taking them into tertiary markets outside of the metro is not fundamentally sound, he added.

Meanwhile, it is undeniable that the country’s IRs boom has created an advantage for the local business events industry, as event venues within these massive developments are a solution to the Philippines’ shortage of quality facilities.

The Marriott Grand Ballroom at NWR, with capacity for almost 4,000 guests in theatre-seating, is one example. One of NUSTAR’s bigger vision is to make Cebu a business events destination by having one of the province’s biggest convention centres together with the performing arts theatre.

Local support
Philippine gaming’s edge is a large domestic base – and that will continue. Filipinos are allowed to play in casinos except those below 21 years old; government officials and employees; and members of the Philippine police and military forces.

NWR chief marketing officer, David Jorden, said its visitors profile has become “overwhelmingly local” as a consequence of the pandemic.

In the absence of the Chinese source market, Jorden said South-east Asia has stepped in as an alternative, including South Korea and Singapore, where gaming among locals are restrictive.

NWR launched yesterday an attractive Epic Rewards programme to attract more domestic consumers into their facilities to make up for the slow foreign market and keep ahead of competition.

Elizabeth Gokauchi-Chiong, senior manager – resort branding, PR and publicity of newly opened NUSTAR Resort and Casino in Cebu, shared that before the IR came into operation, the plan was for an equal domestic and international source market split.

Acknowledging the challenges wrought by the pandemic, Gokauchi-Chiong said that the local market now dominates the pie while the property continues to target the international market from North and South Asia.

Potential for growth
Among the new IRs, Barnett opined that Hann Resorts and Casino in Clark is poised for success as the area is on its way to develop critical mass, and has airlift and service capacity.

So is Nustar in Cebu, although it is still a work-in-progress.

“Infrastructure often is a key demand generator for tourism, as in the case of the Bangkok Skytrain that changed the entire tourism profile of Bangkok away from the Chaopraya River and Silom and pushed (tourism traffic) into Sukhumvit,” said Barnett.

“The Cebu Cordova Expressway is potentially a game changer as the bridge in growing in popularity to access Cebu. The bridge is a bigger story as other projects will follow Nustar to the area. It’s a longer term proposition but there are also is a plan to connect the Mactan airport to the expressway and this will be a huge boost.”

Editor’s note: The original post stated a capacity of 960 guests at the Marriott Grand Ballroom; that was a mistake. NUSTAR Resort and Casino in Cebu has also withdrawn its domestic market percentage definition, choosing to state that the segment is a dominant one.