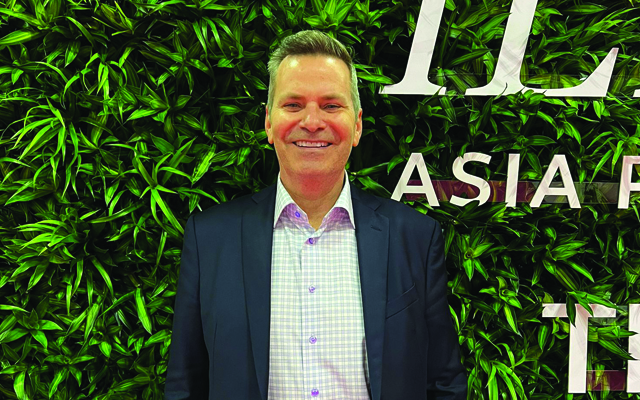 Mass affluent travellers are a growing market across the globe after two years of amassing more wealth and not being able to spend it in a way meaningful to them. They are classified as those who possess substantial savings, can afford to fly premium economy or business class, and are willing to spend more on travel experiences.

Although this has opened up a new market for the tourism industry, whether these individuals will revert to their regular spending habits, or move up the spectrum to become luxury travellers, remains a contending point.

Tom Kiely, president & CEO, West Hollywood Travel + Tourism Board, told TTG Asia at ILTM Asia-Pacific: “I think we’re going to see a fair amount of mass affluent travellers stay in the luxury travel market. The pandemic has taught us that we don’t know when we will get locked down again, so a lot of these people are spending money on travel.”

Kiely shared that West Hollywood has been positioned, even before the pandemic, as “new luxury”. He defines new luxury as travellers staying at a three-star hotel but paying more for personal experiences not easily obtainable, such as a VIP experience at Universal Studios, dining at a Michelin-star restaurant, or skydiving.

“There will also be those that never spent on luxury travel before the pandemic, and will now stay in that category because they love it so much. My neighbour is a nurse at a big hospital in Los Angeles, and last summer, I encouraged him to buy a business class ticket to Europe as prices were cheap then. When he came home, he thanked me and told me he’s never flying in economy again,” Kiely shared.

He added: “There will be a certain number of people that will get their first taste of luxury travel, and realise that that is what they want from now on. They will then prioritise that and put money aside for it.”

Another exhibitor, Switzerland Tourism’s director for South-east Asia, Batiste Pilet, agreed that there are those who have “tasted luxury travel, and will want to do it again”.

Similarly, he agreed with Kiely that unforgettable experiences are what these mass affluent travellers are looking for. “They will save up, and reward themselves with luxury travel for an anniversary or birthday,” Pilet said.

“These travellers have some money and are not rich, but they are tired of being stuck in their own countries, and are willing to spend more. But I’m not sure if this behaviour will be repeated (in the long run),” she added.

Sherona Shng, regional vice president, operations Asia, and managing director at The Langham Hong Kong, believes that it is up to hotels, and the tourism industry at large, to retain this market.

“I personally believe that if we make every experience memorable, they will come back to us. For instance, these travellers might previously not have stayed in a luxury hotel, but once they do and they see the value in the additional money they are forking out for the high level of service and hassle-free travel, I think they will come back to us,” Shng elaborated.