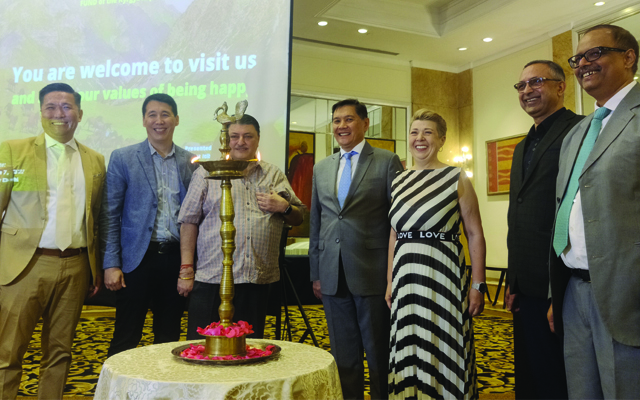 The central Asian nation of Kyrgyz Republic, commonly known as Kyrgyzstan, looks to double its tourist arrivals from India and has stepped up its trade engagements to meet the target.

The Kyrgyz Republic hosted two roadshows in India, covering New Delhi on June 7 and Mumbai on June 8, and has recently appointed Salvia Promoters as its representative office in India for the promotion of tourism.

The Kyrgyz Republic also formed a Tourism Development Support Fund two months back with an initial corpus of around US$13 million, aimed at backing tourism infrastructure development and to pitch the country as an investment destination for tourism and hospitality projects. The fund will also be used for tourism marketing activities.

“Our prime objective at present is to create awareness in the Indian market about various tourism products and experiences available in the Kyrgyz Republic. We are looking to promote our untouched nature, nomadic heritage and silk route sites in the Indian market. We also want Indian companies to invest in our country’s tourism and hospitality projects,” said Elena Kalashnikova, president, Tourism Development Support Fund, Kyrgyz Republic.

There is now a visa processing centre in New Delhi to enable hassle-free application for Indian tourists.

“We are planning familiarisation trips for travel agents and wedding planners (and to) promote Kyrgyzstan through social media. We will also organise roadshows in South Indian cities in the near future,” said Prashant Chaudhary, managing director, Salvia Promoters.

Direct scheduled flights between the two countries are on the anvil.

“Carriers including Air Manas and Aero Nomad will soon begin direct flights between India and Kyrgyz Republic, which we expect will boost the tourist flow,” said Asein Isaev, ambassador of the Kyrgyz Republic in India.