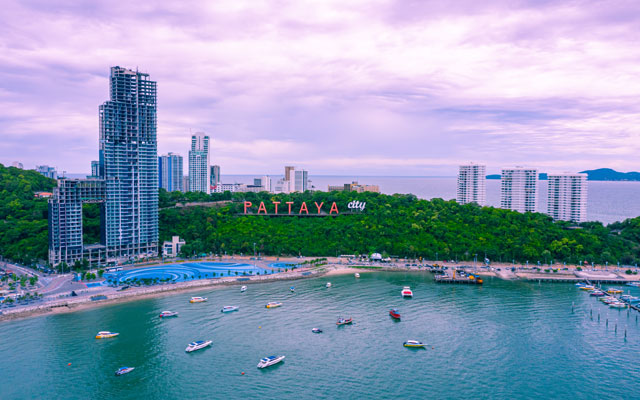 Pattaya is poised to reclaim its status as one of Thailand’s top tourism destinations as the country progresses toward full reopening, opine industry insiders who draw their confidence from the city’s rebranding as a leisure all-rounder.

“The only way is up for Pattaya now,” said Matthew Fryar, general manager of Avani Pattaya, one of the city’s premier luxury properties.

“Things have been rough during the pandemic – as they have been everywhere in Thailand – due to the lack of international arrivals and restrictions on entertainment. But Pattaya has been refining its brand for a long time to give it broader appeal and that stands it in great stead as we move forward,” he added.

The rambunctious seaside destination – a long-term favourite for tourists due to its proximity to Bangkok and its wide selection of hotels, restaurants, golf courses, and other leisure options – has undoubtedly had a challenging time during the pandemic.

Pattaya was the birthplace of mass tourism in Thailand and was especially popular with Chinese groups before the global health crisis, with some estimates putting monthly arrivals from China at around 800,000 per month at their peak.

International arrivals have been limited for much of the last two years. Thailand’s ongoing nightlife ban and its restrictions on restaurants and other venues, meanwhile, have had a devastating impact on the city’s vital entertainment sector.

However, with restrictions easing within the country and Thailand dropping entry requirements such as PCR tests for international arrivals, Pattaya is set for tourism recovery. The destination is also poised to reassert its appeal as a popular spot for Indian weddings and corporate events.

“Pattaya’s vibrancy and uniqueness put it in a strong position to bounce back from the pandemic,” said Vitanart Vathanakul, CEO of the Royal Cliff Hotels Group and Pattaya Exhibition and Convention Hall (PEACH).

Indeed, Pattaya insiders point to several factors working in the destination’s favour moving forward – not least attempts by city authorities led by mayor Sontaya Kunplome to improve infrastructure and spruce up popular areas such as the main beach.

The mayor has invested in a “Neo” or New Pattaya, a business and leisure hub with smart capabilities modelled on destinations such as Miami, Singapore, and Abu Dhabi.

Attention has been drawn to beach renovation projects, ring roads, the Bali Hai pier transformation, and the upcoming high-speed rail link to Bangkok as examples of a Neo Pattaya generously funded by Thai and foreign investors in the three-province Eastern Economic Corridor (EEC).

Several prominent international businesses are already investing in the EEC, and more are planning to join. The ultimate goal is for the EEC to be an innovation hub that will fuel Thailand’s economy.

“These developments will elevate Pattaya as a MICE-destination and bring in more interesting events and conferences,” Vitanart told TTG Asia.

While the future looks set to bring remarkable changes, the evolution of Pattaya as a destination is already noticeable. On North Pattaya Road, the retail landmark Terminal 21 opened in 2018. Forthcoming highlights, meanwhile, include the world’s first Columbia Pictures Aquaverse, a major waterpark.

“The pace of change is remarkable,” added Fryar, whose own hotel, Avani Pattaya, is located in the nerve centre of Pattaya along the cleaned-up Beach Road. “Traditional businesses have been supplemented by lifestyle cafes, smart beach clubs, and new malls such as Terminal 21. New family attractions are opening all the time. All of this is forcing the destination to evolve.”